Paul Prince, who contributed 56 years of his life to the Canadian printing industry, including the founding of Aulward Graphics, passed away on June 5 in his 75th year after a short battle with cancer. 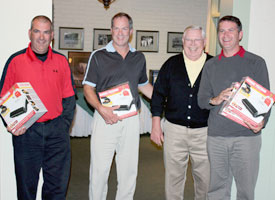 Fresh out of high school in 1953, Prince began his printing career at the Picton Times. He then worked for the Trentonian newspaper and Gananoque Reporter before moving to Toronto to become part of The Globe and Mail‘s mammoth printing department.

In 1984, he purchased Reiger Litho of Hamilton and merged it with Inteprint. The new operation was called Reiger Press, which was soon renamed as Aulward Graphics, based on his name: The last three letters of “Paul” and the last four letters of his middle name “Edward” combine to make Aulward.

The company, which won an Outstanding Small Business Award from the Stoney Creek Chamber of Commerce in 2010, is now based in Hamilton and run by Paul’s son, Blaine Prince.

Both Paul and Blaine have been long-time contributors to their community, including their annual appearances at the Marshville Fair, and to the printing community, primarily through the Mackenzie Printery Museum in Niagara Falls. The elder Prince served as a Mackenzie Printery board member.

On Sunday, June 24, between 1pm and 5pm, family and friends are invited to celebrate Prince’s life during an open house memorial gathering at the Grimsby Peach King Centre. A private ceremony will be held at Stonehouse-Whitcomb Funeral Home in Grimsby.