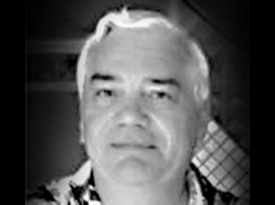 The Canadian printing industry lost one of its long-time leaders on December 29 with the passing of Phil Wright, age 71, who steered Houghton Boston Printers and Lithographers to become one of the country’s best-known high-quality book-printing operations.

Houghton Boston of Saskatoon, Saskatchewan, was founded more than 80 years ago. Wright’s parents, Philip Robert Wright and Helen Wright, purchased the printing company in 1946, which then ran for years with a single-hand press.

After completing a Bachelor of Commerce degree at the University of Saskatchewan, Phil Wright turned his attention to the family business in 1975 and began to push Houghton Boston to its current position within the Canadian printing community.

Noting how much Wright enjoyed his long, successful career in the printing industry, his obituary in Saskatoon’s The StarPhoenix newspaper includes the following excerpt:

“Phil took pride in his profession, and in the many people who worked along side him over the years. Phil was always a lover of the printed word, whether it was in the form of books, newspapers or magazines. He understood and appreciated the power of printing and publishing and the impact that it could have on so many people. Like his father before him, he will be laid to rest with his line gauge in his hand, the tool of his trade. Phil will always be remembered for his hard work, dedication, compassion and thoughtful wisdom.”

A celebration of Phil Wright’s life will be held at the Chapel at Saskatoon Funeral Home on Friday, January 10, beginning at 1:00 pm.