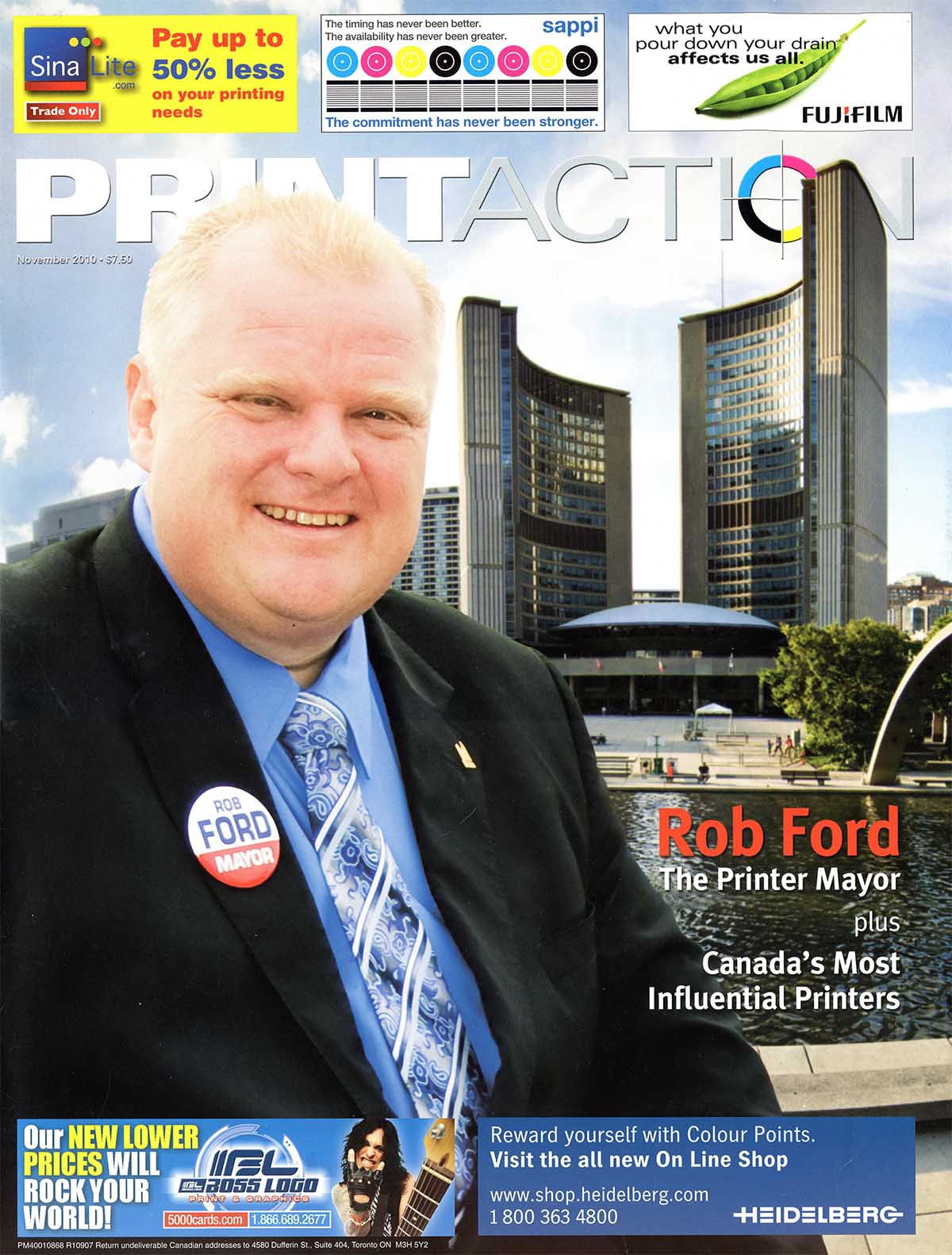 The former mayor of Toronto, Rob Ford, 46, passed away on March 22 after a battle with cancer. Prior to taking office, Ford was a principal of the family printing business Deco Labels and Tags, based in Etobicoke, Ont., on the outskirts of Toronto’s downtown core. He became the first printer to occupy the city’s mayoral office since William Lyon Mackenzie was elected as Toronto’s first mayor in 1834.

Ford served as Chief Financial Officer of Deco Labels, which was founded more than 50 years ago by his father, Doug Ford Sr. He worked closely with brothers Doug and Randy Ford to grow Deco Labels into one of Greater Toronto’s largest label printing operations, while also developing his firebrand of politics as a City Councillor that lead him to victory – by 93,669 votes – in Toronto’s October 25, 2010, Mayoral election.