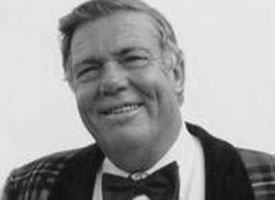 Rod McGregor, former President and CEO of the Yorkville Group of companies passed away on Sunday August 4, 2013. He was 74.
Born in 1938, Rod grew up in the Kingsway. He attended Etobicoke Collegiate, Western Technical School and for a short time, Ryerson.
During his time at Yorkville, he grew a small printing operation into one of the largest privately owned printing companies in Canada. In 1986, the organization was sold to Maclean-Hunter, but he continued to lead the printing division until he retired in 1991. The Yorkville plant was purchased by Transcontinental in 1995.
McGregor was surrounded by his loving family, children Laura (and Don) Ross (Emily, Sarah), Duncan (and Shelby) McGregor (Mack, James, Dash) and brother Duncan (and Lynn) McGregor. Rod was predeceased by his wife Margo in May 2007 and by his parents Reid and Genia McGregor.
Visitations will be held on Monday August 12, 2013 from 2 – 4 pm and 6 – 9 pm at the Yorke Chapel of Turner and Porter, 2357 Bloor St. West, Toronto. A memorial service will take place on Tuesday August 13, 2013 at 12 noon at the Kingsway-Lambton United Church,  85 The Kingsway. A Celebration of Life will follow.
In lieu of flowers, the family requests donations to a charity of your choice to contribute to the University of Toronto, Faculty of Medicine on behalf of Dr. Silverman’s laboratory research.
Advertisement
Print this page