Walter Palka, known throughout Canada’s printing industry as one of its most dynamic and knowledgeable salespeople beginning in the late 1970s, passed away in Toronto on May 6, surrounded by family. 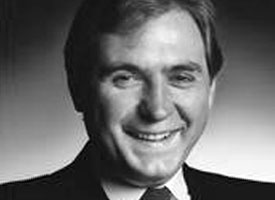 Palka – affectionately known to many in the industry as ‘Mr. Fudge’ – spent the formative years of his long printing-industry career with AB Dick, at a time when it was one of the most-powerful suppliers of printing presses and related products in North America.

He began working with AB Dick in 1974 as a Sales Technician and became Sales Manager of AB Dick in 1980. Palka then took on a sales position with Eskofot, at a time when the company was introducing cutting-edge imaging products. In 2001, Eskofot merged with Barco Graphics, which eventually became today’s powerhouse Esko. Palka then joined Graphic Whizard.

Funeral Mass will be held at Our Lady of Sorrows Roman Catholic Church, 3055 Bloor Street West, Toronto, at 11 a.m. on Friday, May 10, 2013. Internment will follow at Park Lawn Cemetery.