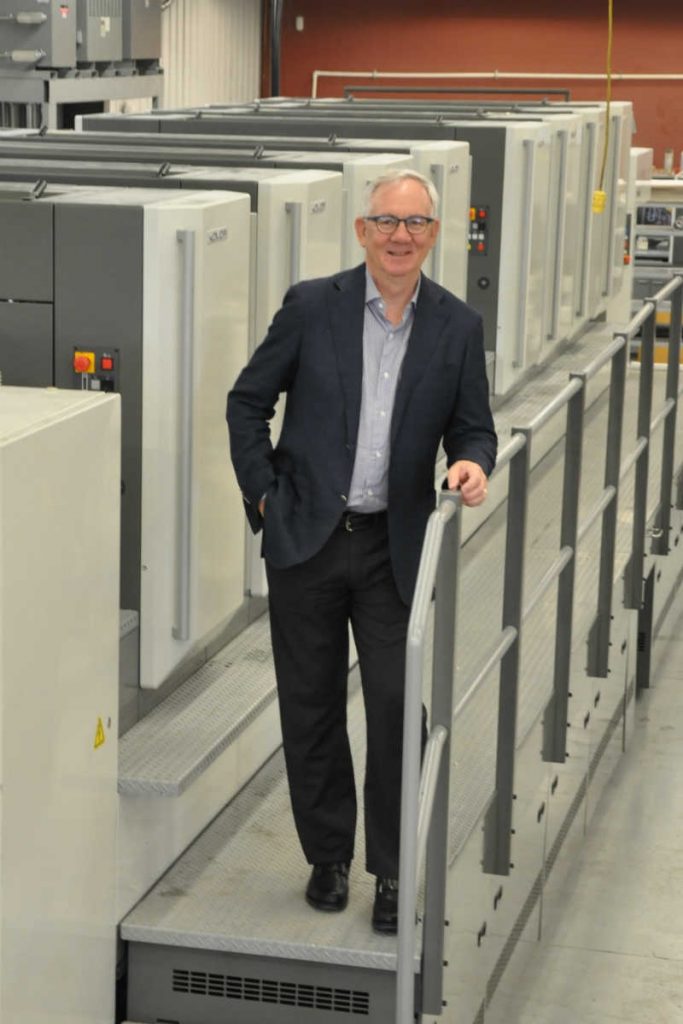 Annex Printing, the parent company of PrintAction magazine operating under its Annex Business Media arm, which is Canada’s largest business-to-business publishing group, purchased the remaining primary assets of Web Offset Publications (Ironstone Media) from that organization’s receiver after falling into creditor protection earlier this year, for the third time since 2012.

“It was back in an insolvent situation with other protection filings against it and we made a deal with the financial company that held the primary secured interest of the business and Annex is the majority shareholder,” says Mike Fredericks, CEO of Annex Publishing & Printing.

Pickering, Ontario-based Ironstone Media first filed under Canada’s Bankruptcy and Insolvency Act in March 2012 and reached an agreement to restructure its operation. During this restructuring process, Annex purchased Ironstone’s Mitsubishi Diamond heatset web press. “Annex already owned the primary piece of the printing infrastructure. The company effectively rented it from us,” says Fredericks. “It is a great fit because we are already the [facility’s] second largest customer. All of our larger runs and different format work goes through that press.”

Fredericks explains Renaissance is a completely new company following a court vesting order that basically dissolved Web Offset to clear the newly purchased assets of old liabilities, affectively cleansing the company from all of its history.

“We did not practically assume any liability for anything they had in the past. It is fundamentally a brand new company,” continues Fredericks. He describes the asset purchase as a complicated transaction, rather than an acquisition, through Viva Financial Corp. with Web Offset in its third creditor protection filing (2012, 2015, 2017), centered around book of business, employees and Annex’ preexisting press purchase. “We hired the employees fresh yesterday so they are fundamentally all new staff and the whole company has been cleansed. Renaissance really is a Renaissance.”

Fredericks was in Renaissance’s Pickering plant this morning to discuss the transition with the printing operation’s approximate 90 employees. “As publishers, the only time you hear about printers is when they screw up and I never heard any of my Annex publishers complain about Web Offset,” says Fredericks. “They produce great quality and they get it out on time. So from my perspective it is a great printing company and it just needed some financial backbone.” Annex has been a customer of Web Offset for approximately 20 years.

Annex has long held a significant regional printing position based out of its headquarters in Simcoe, Ontario, which also houses editorial, sales and administration assets. In August 2015, the company installed its new 8-colour, 40-inch Komori LS perfecting press. “Annex will always be a publishing company first that has an interest in the printing industry,” says Fredericks. “This is a commitment from our side that we still believe in the world of print.”