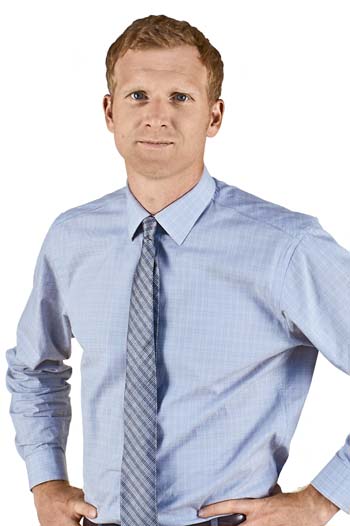 Hemlock Printers of Burnaby, British Columbia, among the largest commercial printing facilities in the Pacific Northwest, is to be led in its daily operations by Richard Kouwenhoven, who becomes President and General Manager.

Dick Kouwenhoven, Richard’s father, led Hemlock for 44 years and positioned the company as one of the most-respected printing operations in North America. He now becomes Chairman and CEO of Hemlock in a supportive role.

Richard Kouwenhoven, who has had a lifelong association with the family’s printing business, has been developing his career in the industry for more than 20 years. Over the past 12 years, he has worked in a number of roles at Hemlock, including Estimator, Production Coordinator and Digital Print Services Manager.

Most recently in the role of Senior Vice President of Customer Service, Richard Kouwenhoven has been responsible for the company’s customer service teams and its online development activities. He has been instrumental in Hemlock’s world-leading initiatives with environmentally progressive printing.

“I am proud to work for and contribute to a great company – one with a rich history for outstanding quality, technological innovation and community involvement,” said Richard Kouwenhoven. “The culture at Hemlock is the reason I choose a career here and continues to be my source for inspiration within the business. I’m excited to carry on these important traditions for our continued success.”

Dick Kouwenhoven immigrated to Vancouver in early 1965 after graduating from Rotterdam Graphic Arts College and working in a high-quality letterpress printing company in his hometown of Delft as a journeyman Typographer. He joined a small Burnaby storefront printing operation, called Hemlock, as its only employee in September of 1965 and became the majority shareholder in July of 1968. Eventually, Dick was joined in the business by his brothers John (deceased 1997) and Frits, Managing Partner in the United States.

“I feel privileged to have had this opportunity, to work with amazing people and wonderful clients for over four decades,” said Dick Kouwenhoven. “I have no doubt that Richard will bring a renewed, youthful energy to Hemlock for the benefit of all stakeholders.”