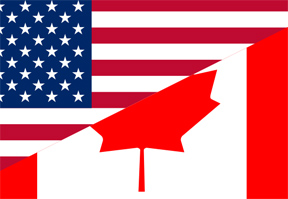 Economists were taken aback today as 43,200 Canadian jobs were shed in October, after two months of gains. United States’ numbers also released this morning show that country’s unemployment rate surpassed 10 percent for the first time since 1983.

Canadian analysts, based on the two previous months of gains, had been predicting that around 10,000 new jobs would be created in October, but results released by Statistics Canada suggest companies are still unsure about economic turnaround. Including these October numbers, Canada has lost some 400,000 jobs over the past year as the country’s unemployment rate hit 8.6 percent.

According to Statistics Cananda, most of the unemployment loss targeted part-time workers, as well as adult women and youth. Rising self-employment numbers over the past year (3.9 percent) have propped up Canada’s economy, while private employment has dropped by 4.1 percent over the past year and public-sector numbers have fallen by 1.6 percent.

The United States economy in October shed 190,000 jobs, according to the Labour Department. The Associated Press points out that these October numbers represent the 22nd straight month in which the U.S. economy has shed jobs – the longest on records dating back 70 years – and that nearly 16-million Americans cannot find jobs.

View The Globe and Mail‘s interactive map of 2009 unemployment rates, by province and city.