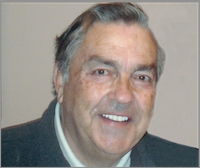 Robert Gauvin, who led one of Quebec’s historic family printing businesses since 1984, passed away on September 20 after a long illness.

Founded in 1892 by Georges Elzéar Gauvin, Gauvin Press is described as the first commercial printing shop in Hull, Quebec, which is now called Gatineau. After the Great Fire of Hull in 1900, which destroyed the home of Georges Gauvin, where the printing company was originally located, Gauvin Press moved to its current location on Leduc Street.

Robert Gauvin, described as a pioneer craftsman of the printing trade, was a third-generation printer, taking over the management of Gauvin Press after his father’s death in 1984. Joseph Royal Gauvin had run the printing company since 1945.

Robert Gauvin began working at the print shop in September 1957, when he learned firsthand about the secrets of typography from his father, while also serving an internship at Kodak in Rochester, New York. It was Robert Gauvin who introduced the lithographic printing process to the printing company. He held on to the company’s craftsman roots, however, displaying an old printing press and drawers of wooden letterpress blocks in Gauvin Press’ front window on Leduc Street.

Gauvin Press explains when the commercial printing market came upon hard times and changed dramatically in the 1990s, Robert Gauvin, supported by his wife Georgette and his son André, made the strategic decision to alter the course of the company after more than a century in existence.

By 1997, Gauvin Press switched from commercial printing work to printing books for several local publishers. Book printing today accounts for over 95 percent of the company’s business in both Canadian and U.S. markets. Gauvin Press continues to drive forward under the management of André Gauvin and his team of more than 20 employees.

Robert Gauvin is described by the company as being enthusiastic and of a generous nature, enjoying his ability to provide technical advice and tips to graphic designers, writers, authors and other artisans of the trade.