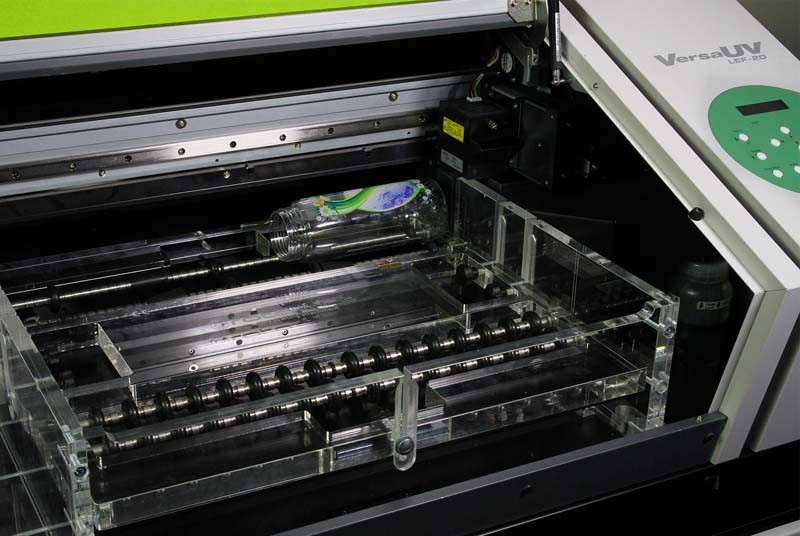 Roland DGA has introduced the RotaPrint attachment, priced at US$3,195, for the company’s VersaUV LEF-20 flatbed printer for printing directly on bottles and other cylindrical objects. The RotaPrint utilizes the LEF-20’s existing feed system, which, according to the company, enables it to print cleanly and precisely onto glass, plastic, metal or ceramic objects with a diameter between 1.6 to three inches.

Developed exclusively for use with Roland’s LEF-20 by DigiGraphics, the lightweight RotaPrint attaches to the printer via a series of magnets. Roland explains the RotaPrint is also unique in that it does not feature any motors or electrical connections. It is powered solely by the motion of the LEF-20.