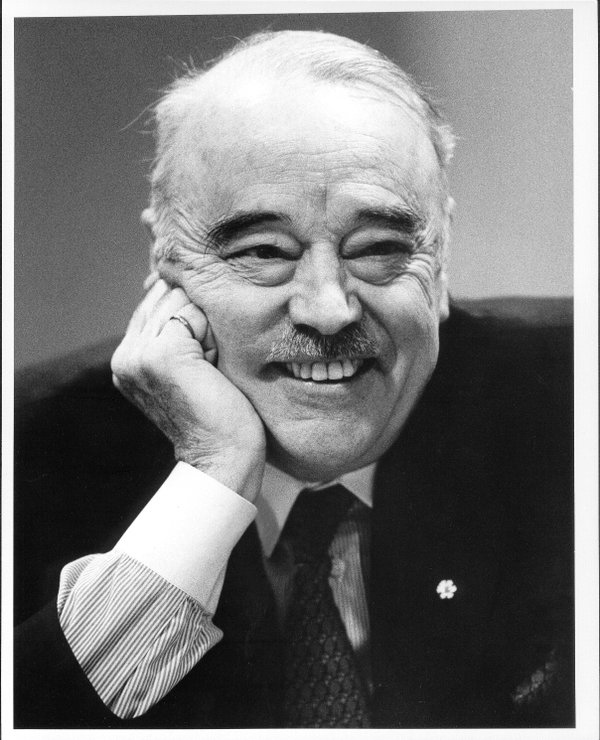 Lucien Rolland, who led Rolland Enterprises in St-Jérôme, Quebec, as President from 1952 to 1992, has passed away at age 99. He was the company’s last President to bear the Rolland family name.

The origins of the Rolland family arriving in Canada trace back to the Conquest of 1760 when 17-year-old Sergeant Jean-Pierre Rolland shipped out with the Guienne Regiment to defend Canada on May 3, 1755. After the Conquest of 1760, he stayed to start a family in Verchères, which eventually led to the birth of his grandson Jean-Baptiste Rolland in 1815.

At 17 years old, Jean-Baptiste Rolland, carrying a small wardrobe and a 25-cent coin in his pocket, walked three days to Montreal in 1832 to make his fortune. He immediately found himself working as an apprentice for Ludger Duvernay, printer and publisher of La Minerve newspaper and founder of the Société Saint-Jean Baptiste.

Jean-Baptiste Rolland would one day become President of this Society and also owner of the newspaper (1879) for several years. After a range of business ventures, Jean-Baptiste Rolland at age 67 started the Compagnie de papier Rolland limitée (Rolland Paper Company Ltd.) with his two sons.

In 1952, the fourth generation of the family, Lucien Rolland and its brother, Lantier, began to manage the company as President and Manager of Mont-Rolland, respectively. In 1955, Lucien Rolland convinced his Board of Directors to complete the first step of a vast modernization and expansion program, via the installation of a paper machine in Saint- Jérôme that was 145 inches wide and that operates at 1,200 feet per minute, retrofitted with all the auxiliary equipment and the construction of a water pollution control plant, for a total of $4.6 million. This machine was commissioned under #7 in 1957 and would increase production capacity from 27,000 to 57,000 tonnes per year.

“I keep a lasting memory of Lucien. He was a proud and passionate man,” said Philip Rundle, President of Rolland Enterprises. “He was especially happy with the return of the Rolland company name. His work, as well as the one of many of his family members, will continue to be remembered and associated with quality and innovation. Rest in peace Lucien, our thoughts go out to your family.”