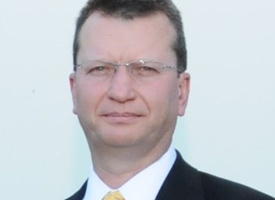 Rolland Enterprises Inc. of St-Jérôme, Quebec, has created a new policy, developed in cooperation with Vancouver not-for-profit Canopy, to advance the protection of endangered forests, engage in the research and development of alternatives to tree fibre, and to avoid all controversial forest fibre sources.

“Rolland has a track record of setting the pace for eco-paper development and post-consumer recycling,” said Nicole Rycroft, Canopy’s Executive Director. “By expanding their vision to avoid controversial fibre and sourcing from endangered forests such as the Boreal, Rolland stands out as a sustainability leader at the vanguard of change in the North American pulp and paper industry.”

Rolland Enterprises, which has been providing recycled fibres for decades, advanced its existing policy with the following new specific commitments:

– End the use of wood fibre sourced from endangered forests and controversial suppliers;
–  Avoid fibre sourced from Intact Forest Landscapes, such as the intact forests of the Boreal;
– Play an active role in the research, development and commercial scale production of pulp and paper from alternative fibre sources such as straw;
– Support visionary solutions that protect endangered forests in the Coastal Temperate Rainforests of Vancouver Island and North America’s Great Bear Rainforest, Canada’s Boreal Forests, and Indonesia’s Rainforests; and
– Continue producing papers with 30 to 100 percent post-consumer waste recycled content.

“These commitments are an integral part of Rolland’s plans to remain a competitive player in the challenging North American paper industry,” said Rolland CEO, Philip Rundle. “Rolland is excited to remain at the forefront of meeting customers’ growing needs for sustainable products into the future.”

Canopy has worked closely with Rolland’s St-Jérôme mill over the past 13 years to advance solutions, including the development of the paper company’s partipcation in the initiative to use 100 percent post-consumer recycled paper in the printing of the Canadian edition of Harry Potter in 2003 and 2005.

In 2011, Canopy and Rolland again collaborated in another groundbreaking initiative – a North American first – with the production of straw paper made from agricultural residues. This limited edition paper was used to print a special edition of Margaret Atwood’s book, In Other Worlds, and Alice Munro’s, Dear Life.