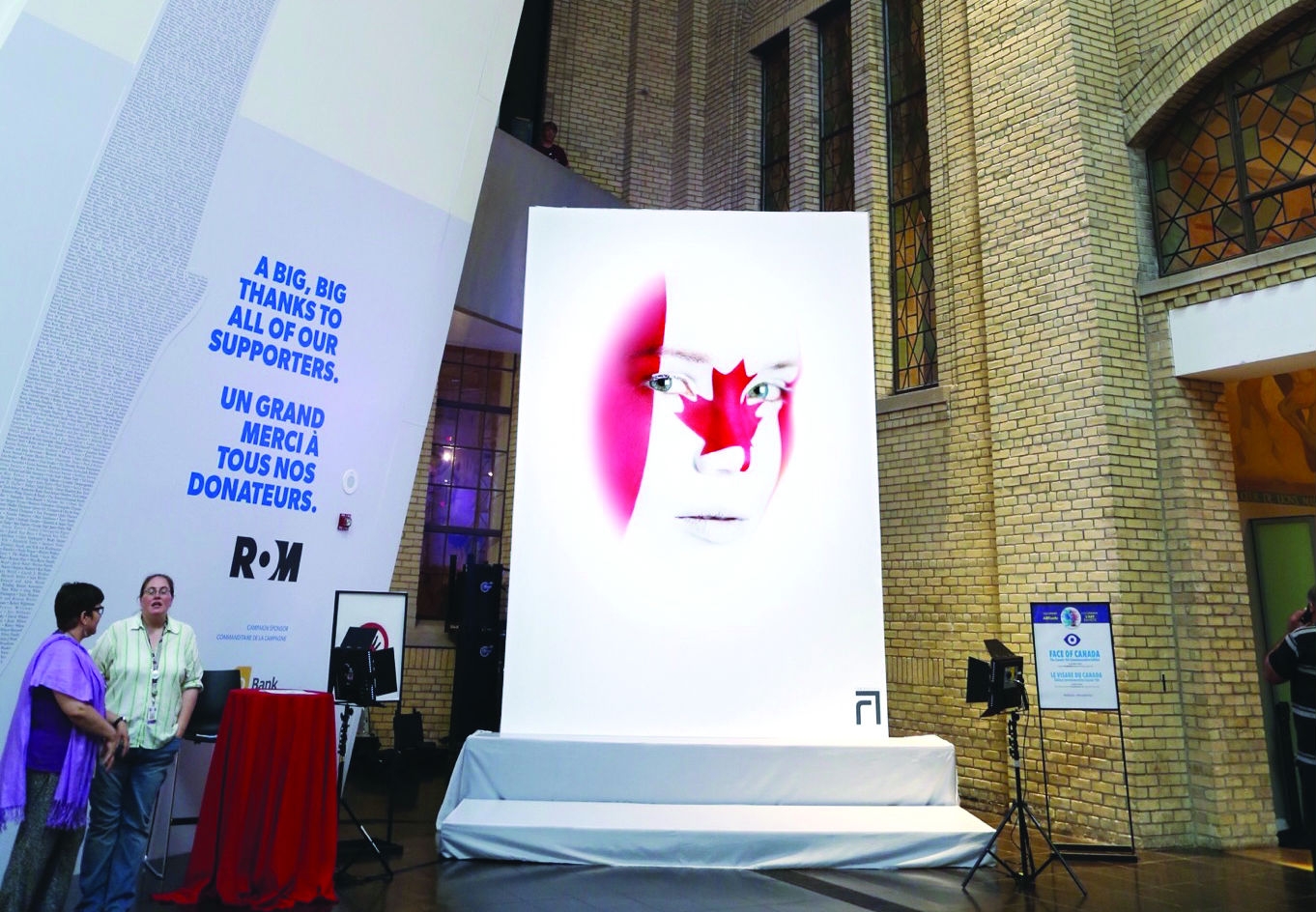 This special textile artwork from his YOUNG WORLD FACES collection was produced in Electronics For Imaging’s Meredith, N.H., inkjet technology facility using a VUTEk FabriVU soft signage printer. The photograph, which features a Canadian citizen with the nation’s flag painted on her face, was displayed last August in the ROM’s Hyacinth Gloria Chen Crystal Court as part of the museum’s Canada 150 festival programs.

The 14-foot tall by 10-foot wide portrait shows the detail of Young’s photography, while featuring the colour of Canada’s flag. The artwork, which was produced with EFI aqueous dye sublimation inks, reflects many of the artistic themes and motivations that drive Young’s imagery. “I’m a storyteller who uses literature, photography and film to create imagery that inspires and motivates people,” said Young. “I wanted to create a human experience with this print, especially on Canada’s 150th year as a nation.”

Previously produced on EFI soft signage printers for the Pan American Games in Toronto in 2015, this new print is one of more than 40 large-scale images in the YOUNG WORLD FACES collection. “When the installation went in, I was working on a project in Anguilla, and I’m a Canadian American with Jamaican roots, working with EFI, an American company with Italian textile printing technology that has printed this beautiful work that was originally captured in Canada. And then the work went back to Canada for display in one of Canada’s greatest museums. It’s a great example of how YOUNG WORLD FACES brings the world together,” said Young.

EFI printed the one-off installation with a white background instead of black, direct-to-substrate on A. Berger Lighttex, a single-sided polyester textile for backlit applications. The 3.4-metre wide VUTEk FabriVU 340 printer used for the installed art piece prints in four colours in resolutions up 2,400 dpi, providing deep colour saturation for fabric display graphics.

In 2015, Mississauga, Ont., textile graphics specialist McRae Imaging used the first EFI Reggiani printer installed in North America to produce the original YOUNG WORLD FACES as a textile series, consisting of 41 faces, each painted with professional makeup featuring the flag of a country that participated in the 2015 Pan American Games.

The colourful FACES images of those 7-foot tall prints pop against black backgrounds. Robert Young explained he created these images to inspire the revelation of human stories that help citizens of every nation recognize, not only their own beauty but also the global commonality.