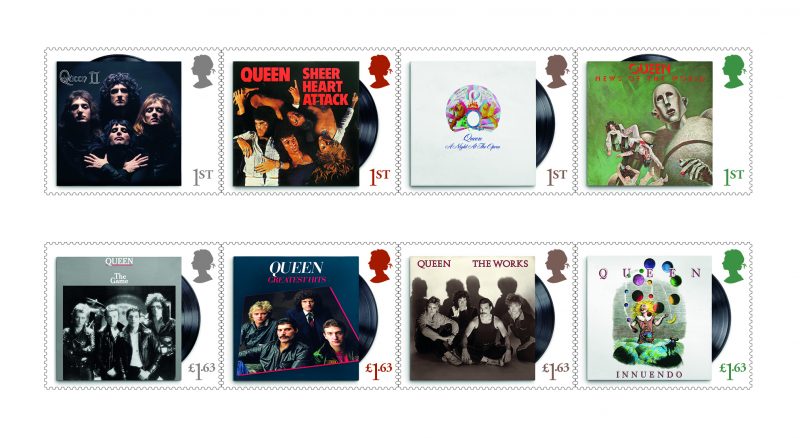 Royal Mail recently announced it is issuing a set of 13 special stamps to celebrate one of the United Kingdom’s most influential rock bands of all time, Queen. With over 300 million record sales in five decades, they remain one of the most successful music artists of all time.

The set will also include stamps featuring images from live performances, with images of Freddie Mercury at Wembley Stadium, 1986; Roger Taylor at Hyde Park, 1976; John Deacon at Hammersmith Odeon, 1975; and Brian May in Budapest, 1986.

The final item in the set is a photograph taken by Johnny Dewe Mathews at Queen’s first-ever studio photoshoot.

Next year will mark Queen’s 50th anniversary. It is one of only three music groups to have a dedicated stamp issue, following the Beatles in 2007 and Pink Floyd in 2016.

The full set of 13 stamps, available in a presentation pack, will retail for £16.00 (GBP) and will be available for purchase worldwide, starting July 9, 2020, but are available now for pre-order.