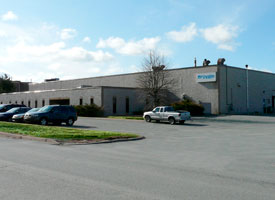 Royale Print & Packaging is over 100 years old and primarily prints folding cartons and labels for the Eastern Canadian and U.S. markets.

To allow for future expandability, Royale Print and Packaging decided to prepare the press for UV inks and interdeck curing stations.

The company says the new HiPrint press is running two shifts during months of average production levels, but it expects to run the press 24/7 with three shifts during months of higher demand. Production staff from the company flew to manroland’s training facility in Westmont, Illinois, in preparation for the press and also received on-site training after the equipment was installed.