RP Graphics Group of Mississauga has made a second significant acquisition in the past three months with the purchase of Canadian Impact Imaging Corporation to expand its presence in the large-format sector. 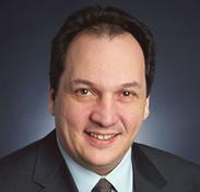 Founded in 1998, Canadian Impact Imaging is also a Mississauga-based company currently operating out of an 11,000-square-foot plant. It is described by RP Graphics as a single-source supplier for a range of large format inkjet and point of purchase (POP) applications.

“The drivers of this acquisition are the addition of revenue-generating assets and human resource expertise,” said George Mazzaferro, CEO of RP Graphics. “Bringing both the people and the technology of Canadian Impact into our fold were dual objectives for our company… This is a very strategic purchase, which creates immediate scale and scope in support of our stated business direction.”

“The size and scope of the combined services we can now offer brings us into a unique group of suppliers in our served market,” stated Fortier. “These services include in-house creative support, physical design, high-quality printing, and the full range of finishing capabilities to service the large format digital and point of purchase markets.”

At the beginning of 2012, RP Graphics installed a new 40-inch Komori GL-640 press with a H-UV drying system. Among a range of equipment, the company also runs a 6-colour Komori LSX29, two iGen4 presses, and two Inca Sypder 320s for large-format work.