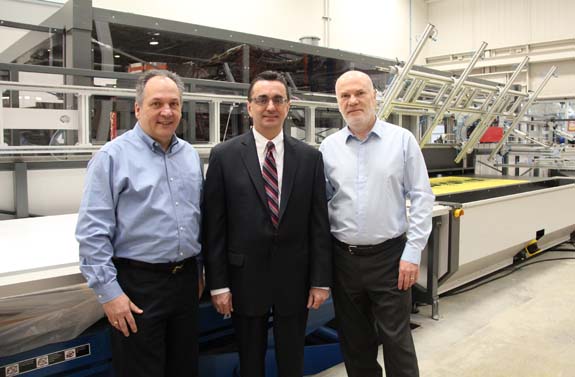 The installation of the M-Press Leopard began in the second week of January, as RP Graphics was in the midst of creating a new production layout for its 60,000-square-foot facility, which also includes two Agfa Titan large-format machines and a Durst Rho 800. In February 2013, RP Graphics purchased Canadian Impact Imaging, a 16-year-old large-format provider that used to take in RP Graphics’ overflow work.

RP Graphics recently began a beta-site agreement with Agfa Canada, which builds large-format inkjet systems in a Mississauga plant directly across the street from RP Graphics. While the M-Press is an outright purchase by RP Graphics, the printing company most recently worked with Agfa to test Ricoh Gen 5 print heads employed in the recently released (February 4) Jeti Titan HS and Jeti Titan S inkjet systems.

In late-November 2013, PrintAction magazine named George Mazzaferro, Chief Executive Officer of RP Graphics, as the Printing Leader of the Year in the 8th annual Canadian Printing Awards program. He is featured in PrintAction’s upcoming February issue.