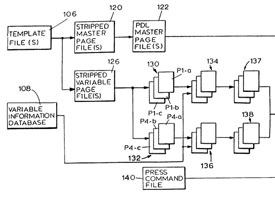 RR Donnelley has filed a patent infringement lawsuit against Hewlett-Packard, stating it has made “willful and deliberate” violations.

Papers were filed relating to patents “Apparatus for Controlling an Electronic Press to Print Fixed and Variable Information,” and “Method of Reproducing Variable Graphics In a Variable Imaging System,” at the federal court in Illinois, according to a story by InformationWeek.

At the Print 09 trade show in September of last year, the two companies announced an alliance between RR Donnelley’s Research and Development Center and the Inkjet High-speed Production Solutions unit of HP, to develop new digital printing technologies, which would then be sold under the HP banner.