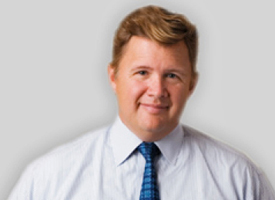 Shea, 53, first joined Bowne during that company’s 1998 acquisition of Donnelley Enterprise Solutions Inc. He was named as Bowne’s Chairman and CEO in 2006. In a joint statement about the pending RRD acquisition, Shea stated, “R.R. Donnelley’s broader array of products and services will quickly create expanded opportunities for Bowne’s customers and employees.”

Bowne primarily operates in various financial-services sectors around the world, with 50 global offices and 2,800 employees. In Canada, Bowne has locations in Calgary, Montréal, Saint-Laurent, Toronto and Vancouver.

“Bowne is an exceptional fit with RR Donnelley,” stated Thomas Quinlan, RR Donnelley’s CEO. “This combination satisfies all of the strategic imperatives that we evaluate as we consider acquisitions.”

News of the acquisition, approved by the boards of both companies at US$11.50 per share, came late yesterday as R.R. Donnelley announced its fourth-quarter results, including a net loss of US$79.5 million relative to the year-ago quarter. The company also reported a full-year cash flow from operations of US$1.4 billion. Bowne generated revenues of approximately US$675 million during 2009.

Both R.R. Donnelley and Bowne are two of the more historic printing companies operating in North America, at 145 years of age and 253 years of age, respectively.