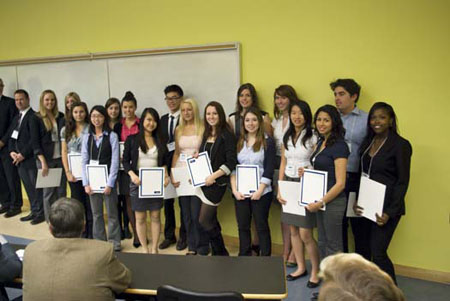 More than 60 students from Ryerson’s School of Graphic Communications Management celebrated their academic achievements, which included the presentation of 42 scholarships supported by the Canadian Printing Industries Scholarship Trust Fund.

The 40 remaining scholarship winners received $1,250 each, through the long-running (1971) Canadian Printing Industries Scholarship Trust Fund (CPISTF), which is supported by printers and technology suppliers across the country. More information about the GCM awards is available on the program’s Website, www.ryerson.ca/gcm, which was just re-launched in September 2011 with a new interface design and content-management tools. 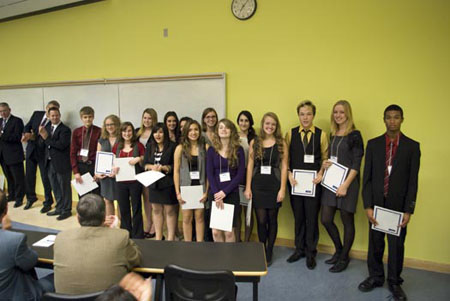 RyeTAGA, the GCM student chapter of the Technical Association of the Graphic Arts, has formed its new executive team and is currently working on its 2012 Ryerson student journal for an upcoming competition associated with the March 2012 TAGA conference. ryeTAGA students will be at the Graphics Canada Show selling their 2012 desk calendar as a fundraiser. More information can be found at the dedicated RyeTAGA Website.