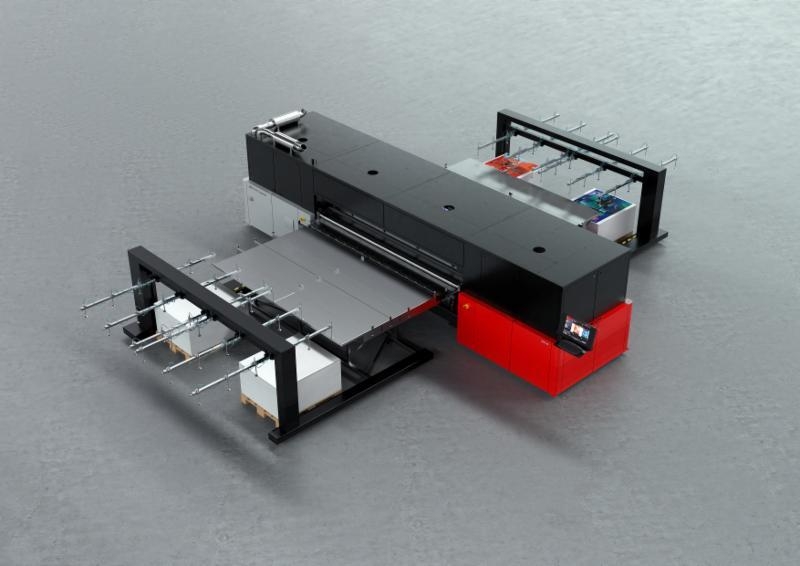 Sandy says it wanted to upgrade the quality of its Orlando, Fla., wide-format digital printing operation, and the combination of “high-speed and extreme printing quality” of the Jeti Tauro H3300 LED caught the team’s attention. The graphic communications company says the new system will help double its output without sacrificing print quality levels on master rolls using the dual roll mode on the Jeti Tauro H3300 while increasing its board production.

Advertisement
Related: Agfa Jeti Tauro H3300 UV-LED to make North American debut “During the buying process, we learned about Agfa and saw their operations up close. It struck us that both of our organizations have a similar vision: innovation, technology, service excellence and protecting the environment,” said Mike Graff, CEO, Sandy Alexander. “Agfa’s dedication to applying ink to a substrate, investments in R&D and ink manufacturing helped us see the underlying economics of the Jeti Tauro H3300 and how it delivers the lowest total cost of ownership.”

Making its North American debut at SGIA 2018 this week, the Jeti Tauro H3300 LED offers four levels of automation. Sandy Alexander opted for a roll-to-roll configuration capable of handling heavy master single- or dual-rolls for double the productivity. The system also has a stacker for semi-automation which unloads up to four boards at a time.