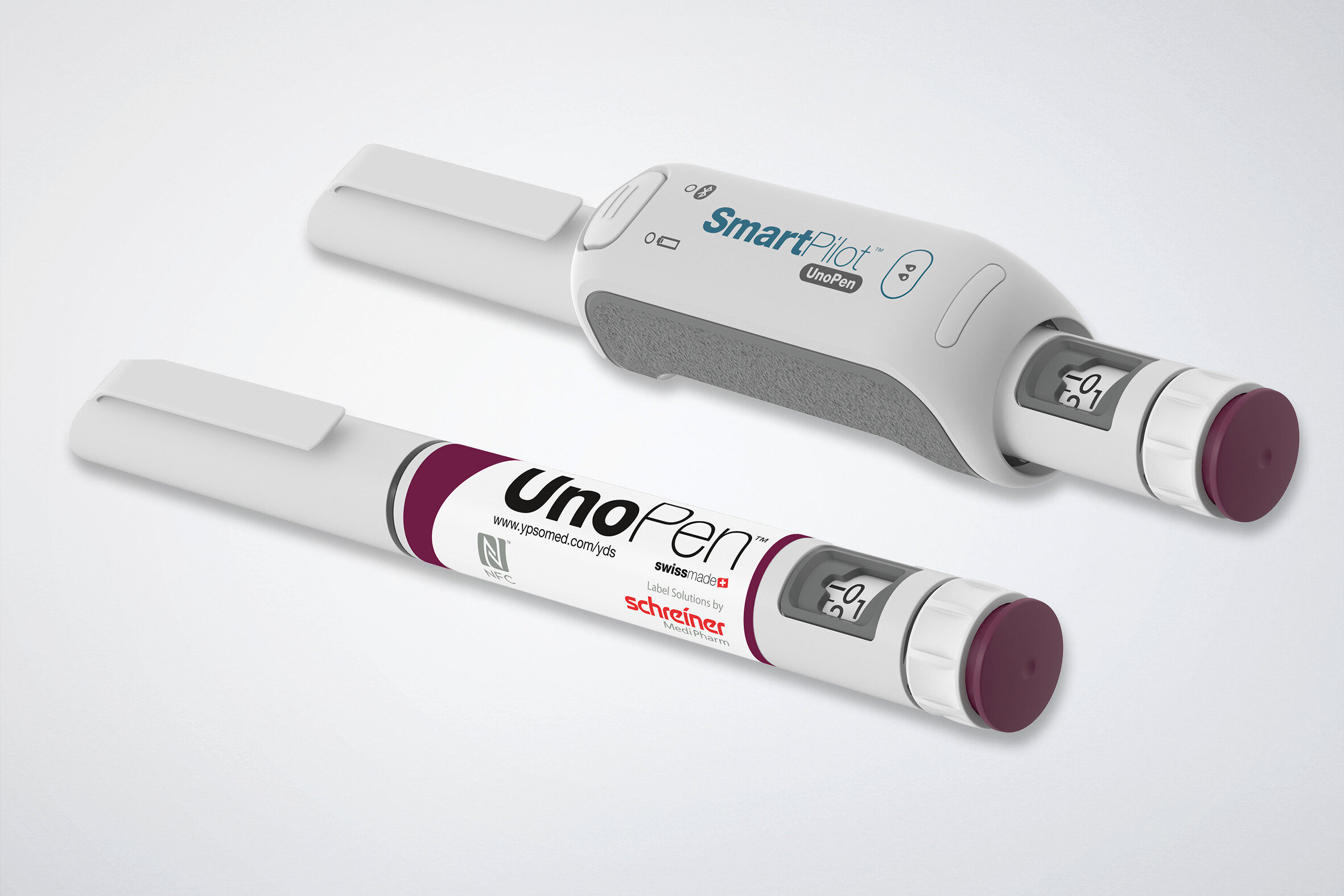 Schreiner MediPharm has developed an NFC-label for the Ypsomed UnoPen injection, a disposable pen with variable dose setting.

The label serves as a communication interface between the injector and the SmartPilot, an electronic pen add-on. The resulting smart device interactively supports patients in using the pen and helps them adhere to their therapy plans.

With the NFC-label, the drug can automatically be identified, authenticated and checked in terms of its expiration date. Due to the smart device, the time and date of the injection as well as the delivered dose are tracked and transmitted to a smartphone app.

Patients are interactively guided through the injection process, assisted in correctly using the pen in real time or informed about inconsistencies—for instance, in the event of deviations from the therapy plan or accidental attempts to inject themselves twice. Also integrated is a temperature monitoring feature that issues a warning in case the pen was exposed to critical temperatures while being used or stored.