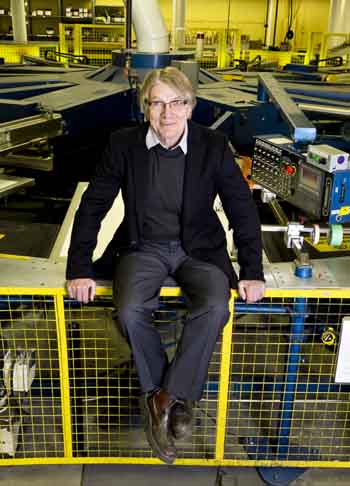 Simpson Screen Print & Lithography of Bloomingdale, Ontario, began 2014 with its January 1 purchase of Denison Print, which, established 27 years ago, is also a well-known printing operation in the Kitchener/Waterloo region.

The two printing companies have crossed business paths before. When Simpson moved its operation to Bloomingdale in 1994, Denison purchased the Simpson facility in nearby Breslau and has been there since. Denison Print began in 1987 as a small, offset print shop. The operations of Denison Print are to be consolidated at Simpson’s 70,000-square-foot plant on Sawmill Creek Road, located northeast of Kitchener.

“It is a great fit,’’ said Tony Denison, owner of Denison Print. “I have always been customer-focused and this will allow me to give my full attention to helping my clients with their marketing, design and print projects.”