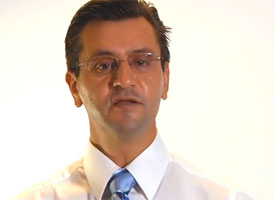 Southwest Binding Systems has purchased the B.C. division of International Binding & Laminating Systems. Mississauga-based Sprial of Canada will take on the International’s Ontario division.
“It’s going to be a great marriage, with two well-known brands in the B.C. market, International being around for 30-40 years, and Southwest being there for 25 years,” Louis Cordeiro, President of Southwest Bindings told PrintAction. “Merging the two of them in the B.C. market is going to give us a great advantage.”
Cordeiro said Southwest’s current operation in Burnaby will move into International Binding and Laminating’s Vancouver location, which is roughly twice the size, by the end of June. The company will operate under the name of Southwest/International Bindings.
“[For our customers] it will mean increased inventory and increase purchasing power,” Cordeiro adds. “They will have an increased selection of products they can pass along to their customers also. It will be a win-win situation for everyone.”
Southwest Bindings was founded in Toronto in 1978 by Hank Mercer. Cordeiro purchased the company in 1987 and has since expanded its reach across Canada, numbering eight locations from coast to coast.
Advertisement
Print this page