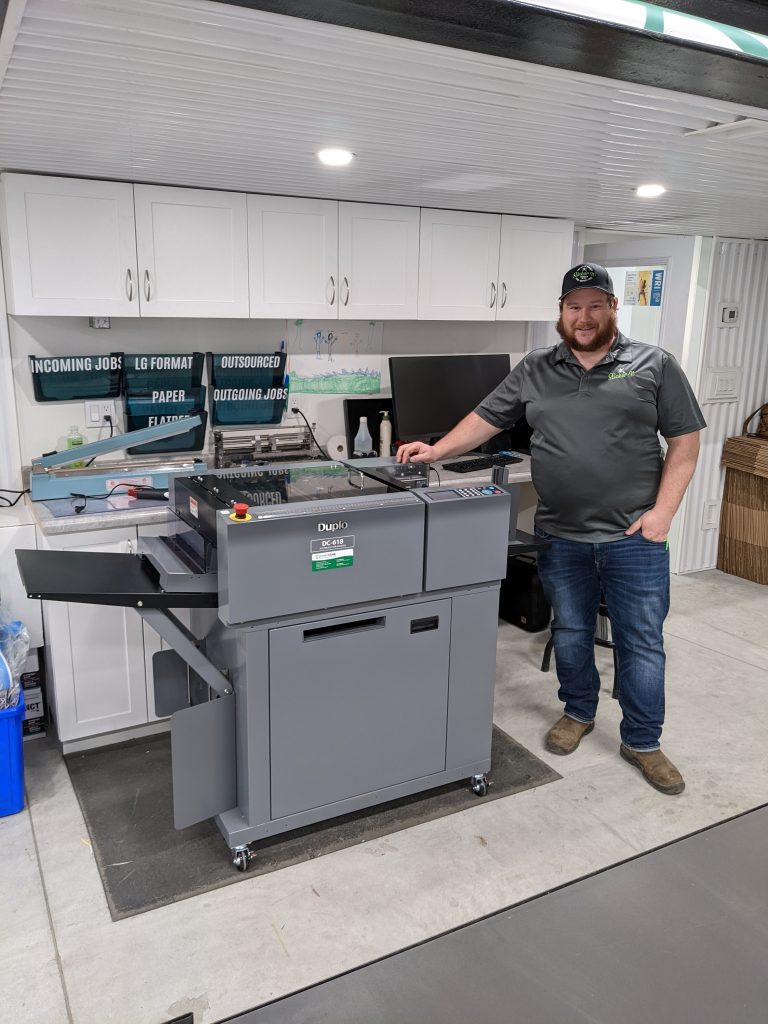 Shane VanEgmond, owner of Sticker-it, was looking at some new opportunities to expand their business and streamline operations. To grow the business, he decided to expand into a new segment of the print market by offering short- and long-runs of digitally printed envelopes. The only problem was that if he ran envelopes on his digital production device, he was going to face a bottleneck that slowed down production of other jobs, such as flyers, business cards, tickets, booklets, etc.

VanEgmond called Sydney Stone, and they introduced him to the Xante En/Press Complete Production System. It could be used as a dedicated envelope printer, but also provide backup for his other digital print device’s overflow. “The En/Press can handle it all,” said Brennan Wright of Sydney Stone. “It’s great for affordable black and white copies and high-quality colour copies, plus it can run heavy stocks up to 400 gsm. It can print almost anything you can throw at it.”

With the ability to run up to 4,000 #10 envelopes/hour and the power of the iQueue software, VanEgmond also was able to utilize the direct mailing function, as well as move some of his NCR form work over to the En/Press, allowing him to collate and digitally number those forms. “It was a game changer for us,” said VanEgmond. “We were immediately competitive in the market and can supply almost any order that comes our way, on demand, while still being profitable.”

Further, with an investment in the Duplo DC-618 slitter/cutter/creaser, Sticker-it has automated the repetitive weekly and monthly jobs of post cards, tickets, and business cards. Regular jobs are barcoded. They can be setup and changed over easily by any staff member.

“I was shocked how well this machine quickly integrated into our shop,” said VanEgmond. “Overnight it became one of everyone’s favourite machines to use.”