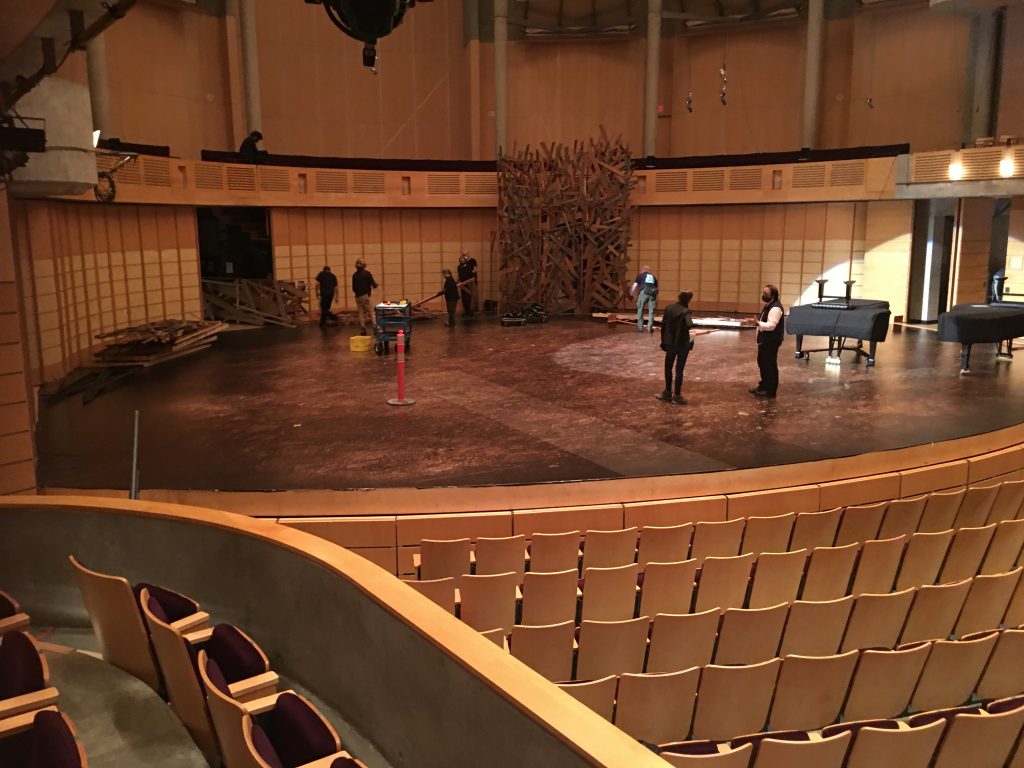 The UBC Opera programme puts on shows for the local community each year, but due to the COVID-19 pandemic, this tradition was put on hold in 2020. Instead, UBC Opera decided to put on a number of virtual events on Nov. 30 which involved students performing at the university’s venue and was streamed live to audiences watching from home.

Still Creek Press was tasked with producing floor graphics resembling a dirt road for the stage. The production was filmed from several levels and views, which required the graphics to be visible and look realistic from all angles.

“Essentially, we started with an empty stage. We were tasked with installing floor graphics that looked stunning and could be easily removed at the end of the performance. As stages are brightly lit, we also needed a material with a matte finish,” said the company’s wide-format manager, Bruce Lee. 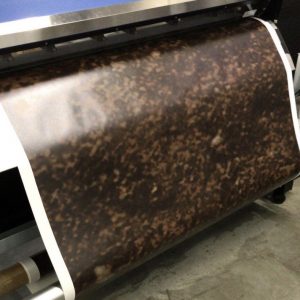 Still Creek Press used Drytac SpotOn Floor 200 vinyl film to complete the project, which spanned an area of 70 feet by 90 feet (approximately 21 metres by 27 metres). Nine rolls of the Drytac film were supplied by ND Graphics to complete the project, and the graphics were printed in four days and nights on a Roland SOLJET Pro 4 XR-640 large-format printer.

“We chose Drytac SpotOn Floor 200 for a number of reasons,” said Lee. “It is super easy to apply and it can be easily removed by anyone. It also looked great under the lighting.”

The product is suitable for short-term indoor graphic applications, such as retail signage, trade show and exhibition graphics and office interiors. It can be printed on using solvent, eco-solvent, latex and UV inkjet printers. It also has no need for an overlaminate, as it has a built-in anti-slip surface.

The Still Creek Press team was able to complete the project in five hours, even with adhering to distancing rules, but according to Lee, it ordinarily would have taken two days to install. 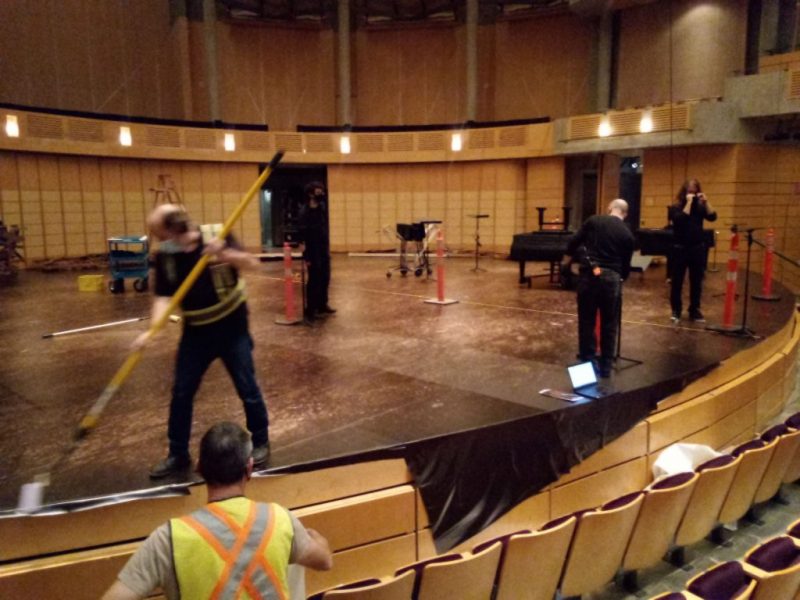 “We weren’t the only crew there working on the stage and this meant keeping our distance from other crews and equipment. Once a section was completed, we had to switch sides with the other crew or wait until they were done their part,” said Lee. “We were able to get our part of the production done well before time, which meant those working around us had more time to finish their projects.”