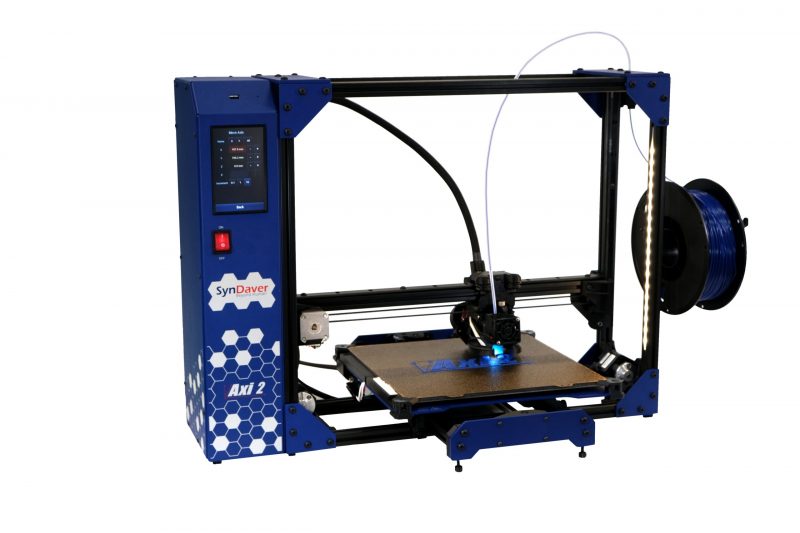 SynDaver, a bio-technology company that manufactures synthetic humans and animals for surgical education and medical device testing, has announced the launch of its second 3D printer, the SynDaver Axi2. It is the first of several 3D printers the company plans to release this year.

The Axi2 builds on SynDaver’s first 3D printer, with the addition of WiFi, adjustable stage lighting and a rail-stabilized motion system to deliver dimensionally accurate and aesthetically pleasing prints.

The company is also launching a “trade up” program with the Axi2, which allows anyone who purchases a SynDaver 3D printer to trade it in to receive a credit toward a purchase of other SynDaver printers.