Features Business Marketing
Tapping into the senses with print 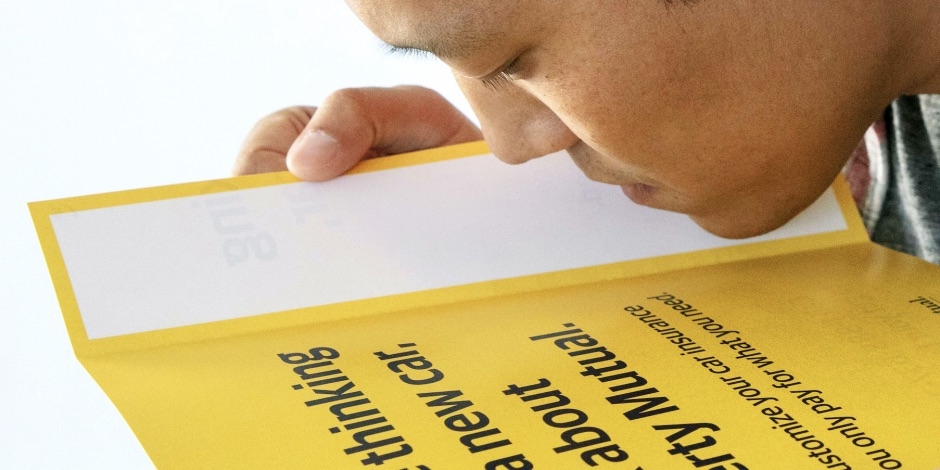 With the ability to shape our thoughts, emotions and behaviours, our sense of smell is one of the most primitive ways humans make sense of and perceive the world. In an age where it’s becoming more difficult to be distinctive, brand owners are striving to capture the attention – and noses – of today’s consumers with powerful, memorable experiences.

Liberty Mutual recently ran a scented print campaign to promote auto insurance to those in the market to buy a vehicle. The bright yellow ad, which invited readers to open a flap for a whiff of that ‘new-car smell,’ ran in the April 28 issue of the Chicago Sun-Times and reads: “If you’re thinking about a new car, think about Liberty Mutual.”

The idea came from research suggesting that most car buyers wait until making a purchase to think about getting a car insurance quote, according to San Francisco ad agency Goodby Silverstein & Partners, who worked with the insurance company on the campaign. Because smells are closely connected to memory formation, associating the scent of a new car to the insurance ad is expected to prompt a subconscious response.

“To engage with a consumer during this specific moment where they’re making a decision about their insurance, we used a print ad that would give people a Pavlovian response to catch car buyers at the moment that matters most,” the agency explained. 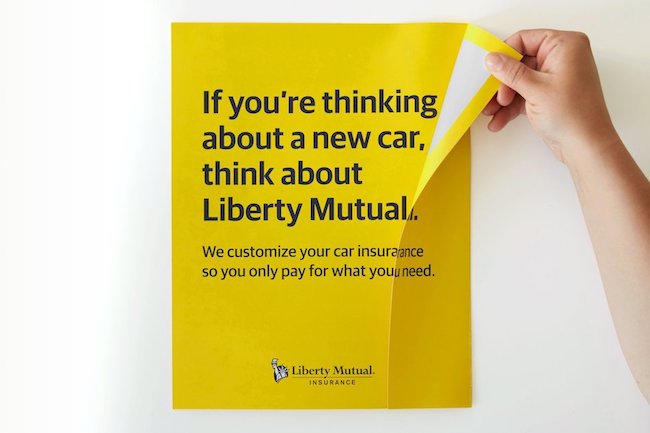 The effort comes as businesses turn increasingly experimental with different nose-catching strategies, seeking to deliver something unexpected, while staying on brand. Today’s technology allows for more creative opportunities to marry the sense of smell with printed media, namely through scented papers or inks.

“The true power of olfactory branding (also known as scent branding) is in its unique ability to form immediate, powerful, and differentiated emotional connections with customers, particularly within a category of functionally similar offerings,” write Laurence Minsky, Colleen Fahey and Caroline Fabrigas in the Harvard Business Review article, Inside the invisible but influential world of scent branding. “That’s because a unique scent can spark the memory of the associated products or events, even for an incident dating back to one’s childhood. And olfactory recall can extend to 10,000 different odours, if not more.”

The holidays are a popular time for brands to get unconventional. For the 2018 festive season, Coca-Cola turned the Oxford Circus Underground station in London, U.K., cinnamon-scented to remind consumers of the holidays, a unique tactic in its promotion of a new limited-edition cinnamon drink flavour. Last year, breakfast sausage brand Jimmy Dean hosted a recipe gift exchange for free holiday swag. After sharing their favourite recipe that features a Jimmy Dean product, customers could choose from various gifts, including sausage-scented gift wrap, as a thank-you for their participation. The gift wrap was so popular, it went out of stock a few weeks into the promotion.

Several years ago, McCain Foods launched its first-ever ‘smell-vertising’ campaign. Ten bus stations in the U.K. were outfitted with large advertisements for McCain Ready Baked Jackets, a frozen baked-potato product that can be consumed after microwaving. Each billboard included a fibreglass potato sculpture and a button that once pushed, would release the tantalizing smell of baked potatoes throughout the bus shelter.

The Gensler Brand Engagement Study reports 94 percent of respondents said they would be highly likely to recommend a brand they were emotionally engaged with.

“Scents don’t only change how people feel, they even give a powerful sway to what they think and how they process information. A pleasant smell appears to turn on a switch in your brain that shifts your focus to the positive aspects of your environment and blinds [you] from the negative. The entire experience changes,” writes Tom van Bommel in his article, The definitive guide to scent marketing.

For more than three decades, McCormick & Company, a manufacturer of spices, seasoning mixes and condiments, has added extra “spice” to its annual reports by incorporating a McCormick product into the printed pages – selecting flavours such as ginger, garam masala, Chinese five spice, even a fusion of blackberry and clove – to create a captivating reader experience.

As Travis Montaque, Founder and CEO of Emogi, explains in the Adweek article, Three steps to build a lasting emotional connection with customers: “To thrive in today’s marketing landscape, it is no longer enough for brands to simply communicate what their products and services provide; brands must cultivate an emotional connection with their consumers that will ensure continued loyalty. Brands that have not established this sort of bond are bound to be lost in the sea of competition.”

This column was originally published in the June 2019 issue of PrintAction, now available online.