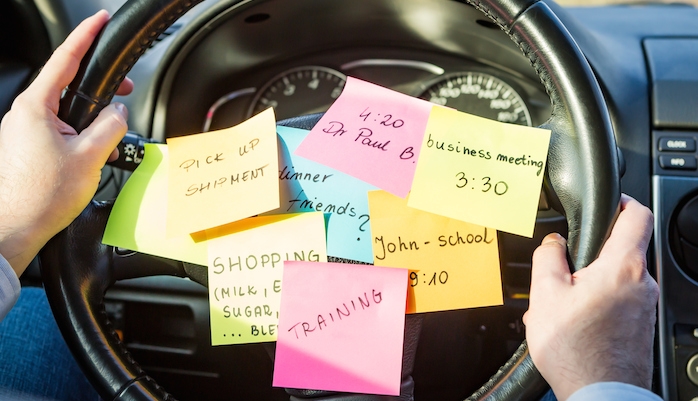 Stephen Covey was an American educator and author, probably best known for his book, The Seven Habits of Highly Effective People. This book has sold more than 25 million copies worldwide since its first publication in 1989.

The audio version became the first non-fiction audiobook in U.S. publishing history to sell more than one million copies. Covey’s 2004 book The 8th Habit: From Effectiveness to Greatness was published as a sequel and suggests, that in a world of growing complexity, readers should find their voice and inspire others to find theirs.

He covered a lot of ground in The 7 Habits book, but there’s one element that I think is more important than any other. Covey wrote about urgency and importance, and specifically about how any task on your plate can be both of those things, just one of them, or neither of them. If you have more tasks on your plate than you have time in your day, it’s really important to know exactly where each one fits in terms of importance and urgency.

The real killer for most printing salespeople are those things that are urgent but not important. Although in this case, urgent may not be quite the right word. Let’s substitute a word one of my clients likes to use, shiny – as in easily distracted by shiny things.

That would be considered a mild insult here in North America, but it’s a serious problem, especially in any circumstance where time is money – like printing sales, or probably any other aspect of managing a printing company. Too many salespeople are guilty of putting time into activities that aren’t going to generate revenue, profits or commissions.

Here’s a classic example: The salesperson’s plan for the day includes a block of time for making prospecting calls. Just after the start of that block, an email arrives from a lower-tier customer – low volume, low profit, low potential and high maintenance. It expresses some level of urgency on the part of the customer, but it’s not really important in terms of the salesperson increasing sales, profits and/or commissions. But it’s there – bright and shiny – and the salesperson abandons their prospecting and tends to the request. By the time it’s completed, that block set aside for prospecting has passed, and the salesperson has to move on.

Let me be clear on something: If this same request had come from a top-tier customer, it might have been urgent and important. But coming from the low-tier customer as I described, it was not. And the time spent tending to the request didn’t turn into nearly as much money as it might have. Let’s make it a simple question: Which is better for you, spending your time on maintenance activities for low-value customers or spending that same time trying to maintain or develop high-value customers? Time is money.

Here’s something I’ve been teaching in my seminars for close to 10 years. Make yourself a little card that can fit in your pocket. On that card, draw a four-quadrant matrix, and in each of the quadrants, write in one of Covey’s four categories. Pull it out as you plan your day, and evaluate each task on your plate to assign it the correct amount of urgency and importance. In other words, plan your day around your priorities.

Pull the card out again whenever anything shiny comes into view. I’m talking about phone calls, emails or any other interruption. There are two fundamental concepts here: (1) Plan your day, based on your priorities at the start of the day, and (2) don’t let it be easy to push you off that plan. It’s been said that interruptions are the enemy of efficiency. So I’m challenging you to embrace Covey’s principles. If you will, the chances are good that you can make yourself into a highly effective print salesperson.

David Fellman is the president of David Fellman & Associates, a graphic arts industry consulting firm based in Raleigh, N.C. He is a popular speaker who has delivered keynotes and seminars at industry events across the United States, Canada, England, Ireland and Australia. He is the author of “Sell More Printing” and “Listen To The Dinosaur.”

This column was originally published in the June 2018 issue of PrintAction, now available online.

Related
Comic Book to Introduce Youth to Printing
The importance of titles
USPS to Accelerate Restructuring
Interruptions revisited: Are you guilty of committing this cardinal selling sin?