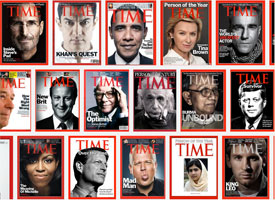 Time Warner has announced plans to separate Time Inc from its operations to become its own independent, publicly traded company, a move that will be complete by the end of its calendar year.
“After a thorough review of options, we believe that a separation will better position both Time Warner and Time Inc,” said Time Warner Chairman and CEO Jeff Bewkes. “A complete spin-off of Time Inc. provides strategic clarity for Time Warner Inc., enabling us to focus entirely on our television networks and film and TV production businesses, and improves our growth profile. Time Inc. will also benefit from the flexibility and focus of being a stand-alone public company and will now be able to attract a more natural stockholder base. As we saw with the prior spin-offs of Time Warner Cable and AOL, we expect the separation will create additional value for our stockholders.”
Current Time Inc. CEO Laura Lang will stay on through the transition, but will not head the new separate company. “Laura indicated to me that we should find a different kind of CEO for this new public company, and I respect her decision,” Bewkes said. “She has been a great partner who has given Time Inc. forward momentum to make this transition possible, and I look forward to working with her to select the right leader to head the company as an independent entity.”
According to the Wall Street Journal, Time Inc. may take on close to a billion dollars of debt in the transaction. It also reports that Time Inc.’s operating income has dropped in half over the past five years despite cutting nearly a billion in costs.
Last month, rumours circulated about the possibility of a merger of assets between Time Inc. and Iowa-based Meredith Corp. The story was published by Fortune magazine, itself a Time Inc. publication. Meredith Chairman and CEO Stephen M. Lacy confirmed that discussions took place: “At Time Warner’s initiation, we discussed combining our National Media Group with certain Time Inc. brands to create a new publicly traded company.  There are natural synergies between our two portfolios; however, we respect Time Warner’s decision and certainly remain open to continuing a dialogue on how our companies might work together on future opportunities.”
Time Inc. is one of the largest branded media companies in the world. The company’s magazines reach more than 110 million Americans each month, and its websites attract nearly 50 million unique visitors each month. It publishes popular titles such as Time, Sports Illustrated, InStyle and People.
Advertisement
Print this page