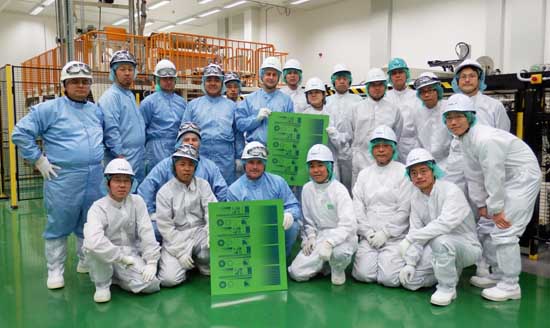 “We’re excited to have this new centrally located facility in Europe,” stated Eric Friedman, North American Sales Manager of Toray International America. “After some 30 years of plate production in Okazaki, Japan, Toray plates will now also be supplied from the heart of Europe.

“It will provide us with a second facility to expand our plate production for worldwide consumption and increase our speed-to-market for our rising demand,” continued Friedman. “The new TTCE production is equal to our factory in Japan and allows us to double our production capacity. Our new plant in Prostějov is essential if we are to satisfy rising demand and enable further growth over the coming years.”

In 2010, Toray explains it began to consider the possibility of building a new production line. Prostějov was chosen due to its geographical location in the heart of Europe. The factory in Prostějov was built in 1997 and was originally designed for the production of synthetic textiles for apparel applications. Today it is also an important site for the manufacture of air bag fabrics for the auto industry. Toray has now invested another €50 million in the site to construct the coating line for waterless printing plates.

“Since 2005, sales and turnover for waterless printing plates have increased fivefold,” stated Mitsunori Hayashi, GM for sales in the graphic materials department at TTCE. “We are seeing annual percentage growth in many areas including newspaper printing due to the success of the KBA Cortina press, of which 20 systems are now in operation or have been ordered, and security printing.”