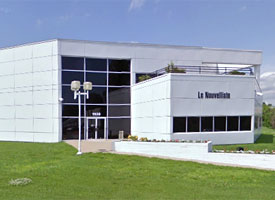 T.R. Offset, a Trois-Rivières, Quebec plant of Transcontinental will be shuttered effective June 4. The move will eliminate 50 positions as jobs are transferred to Transcontinental’s Transmag plant in Montreal.

“In the past three years, Transcontinental has invested heavily in new print technology, greatly increasing production capacity,” says Ted Markle, Transcontinental’s Senior Vice-President, Newspaper Group, Printing Sector. “During that same period, the printing industry has undergone a major transformation. This has led to a complete review of our newspaper printing network and, unfortunately, to the closure of our newspaper printing operations in Trois-Rivières.”

According to Transcontinental, the company has invested over $60 million over the past two years in new technology for Transmag. The daily newspaper Le Nouvelliste, the only publication currently printed at Transcontinental T.R. Offset will be moved to Transmag.

T.R. Offset was part of a three plant acquisition by Transcontinental from publisher Gesca Ltd. in March, 2002. Included in the deal was a $50-million, 15-year contract for Transcontinental to print three Gesca newspapers, one of which is Le Nouvelliste.