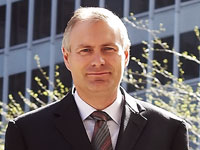 “I am particularly proud of our operating performance in the fourth quarter — one of the best in our history — and the steady improvement in our financial results over the course of the year in very turbulent conditions,” said François Olivier, President and Chief Executive Officer in a statement. “We are making it through this serious recession by doing better than most of our main competitors and gaining back much of the ground lost compared to 2008.”

The company saw a decline in the printing sector in the past year, with revenues dropping from $1.54 billion to $1.4 billion between 2008 and 2009. Its Marketing Communications sector rose from $341.7 million to $373.5 million.

Due to the North American recession, the company was unable to reach its goal of five percent organic growth in sales per year, which was set in its Evolution 2010 plan, introduced back in 2005. Instead the company shrunk 11 percent in 2009, compared to the growth of two percent in 2008.

“We also signed financing agreements for a total of $888 million despite the tight credit situation, and we did so at competitive rates,” continued Olivier. “I see this as acknowledgement by investors of our financial credibility, as well as their confidence in our growth strategy and prospects for the future. We plan to maintain our prudent balance between profits, costs, debt and investments.”