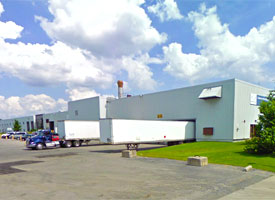 In the wake of its acquisition of the shares of Quad/Graphics Canada Inc. finalized on March 1, 2012, Transcontinental Inc. announced today that it will be reorganizing its print operations across Canada, which will involve closing two Quad/Graphics plants and the integration of a third location.

Transcontinental’s integration of the six Quad/Graphics plants in Canada (Aurora, Concord, Dartmouth, Edmonton, LaSalle and Rivière-des-Prairies) will result in the closure of the Dartmouth Quad/Graphics plant (at 57 Wright Avenue, Dartmouth, Nova Scotia) on April 20, 2012 and of the Rivière-des-Prairies Quad/Graphics plant (at 8000 Blaise Pascal, Montréal, Québec) on or about June 30th, 2012. The four remaining plants will be integrated into the Transcontinental network in order to maximize the use of each piece of equipment across our entire print network. Furthermore, the Quad Graphics Toronto Que-Net Media premedia centre (at 4500 Hood Road, Markham) will also be integrated with the Transcontinental premedia centre and will move to Mississauga, Ontario.

“The process of integrating the Canadian operations of Quad/Graphics was given a great deal of study and is a good fit with market requirements and Transcontinental’s long-term vision,” said François Olivier, president and Chief Executive Officer of TC Transcontinental. “We have difficult choices to make, but are convinced that this is the best strategy for strengthening Transcontinental’s base and protecting jobs in order to remain strong in a Canadian indstry that is experiencing tough competition.”

According to the company, this announcement is the start of a multi-phase process. The closures were the result of “low utilization rate of the equipment in the newly acquired network.” Transcontinental expects the new Quad/Graphics assets to bring in $230 million in new business and generate at least $40 million in net incremental EBITDA over the next 12 to 24 months.

In addition to the closures, some 500 of the 6,900 employees currently working at 33 printing plants will be affected by the integration.