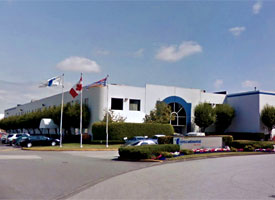 “Given the current pace of change in the newspaper industry, this additional agreement demonstrates the relevance of our printing platform and the renewed interest in our ability to help publishers across Canada become more efficient,” said Brian Reid, President of TC Transcontinental Printing.

The agreement, which will span five years, takes effect in early 2015, at which time the Vancouver Sun will be produced at Transcontinental’s plant in Vancouver. Transcontinental says that the new arrangement would not require any further capital investments, instead it will allow the company to optimize its capacity at the plant.

Talks between workers and management broke down in which plans to build a new printing plant to produce the Vancouver Sun and The Province were discussed. “After two days of negotiations between Postmedia management and Local 2000, it appears highly unlikely that a new plant will be built to print the Vancouver Sun and The Province in house,” reads a statement on the Media Union of BC website. The union has a collective agreement with Postmedia which is due to expire on November 30, 2014.