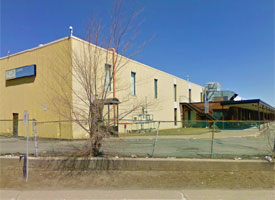 Transcontinental Inc. has announced it will be closing its printing plant at 7743 Bourdeau St. in LaSalle, Quebec, by December 20th. The closure will result in the elimination of 150 jobs in the Montreal suburb.

“The printing industry is undergoing a major transformation that is altering supply and demand. Given the capacity and potential of our network, we have concluded that we have excess production capacity in relation to market demand. In order for Transcontinental to remain competitive in this industry under pressure and get the most out of its most efficient equipment, we have had to make the difficult decision to terminate our printing operations at LaSalle,” said Marian Kerr, Senior Vice President, Retail and Newspapers – Eastern.

Plant employees have been informed of the closure and Transcontinental says staff will be offered severance as well as out-placement services. The LaSalle plant is a heatset web operation.

Transcontinental acquired the LaSalle facility from Quad/Graphics in June of 2011, along with five other facilities. Transcontinental announced closures of the Darthmouth and Rivière-des-Prairies plants for April and June of this year respectively. Before Quad/Graphics’ purchase in 2010, the plants were owned by Worldcolor/Quebecor.