A tale of persistence, hard work and goodwill 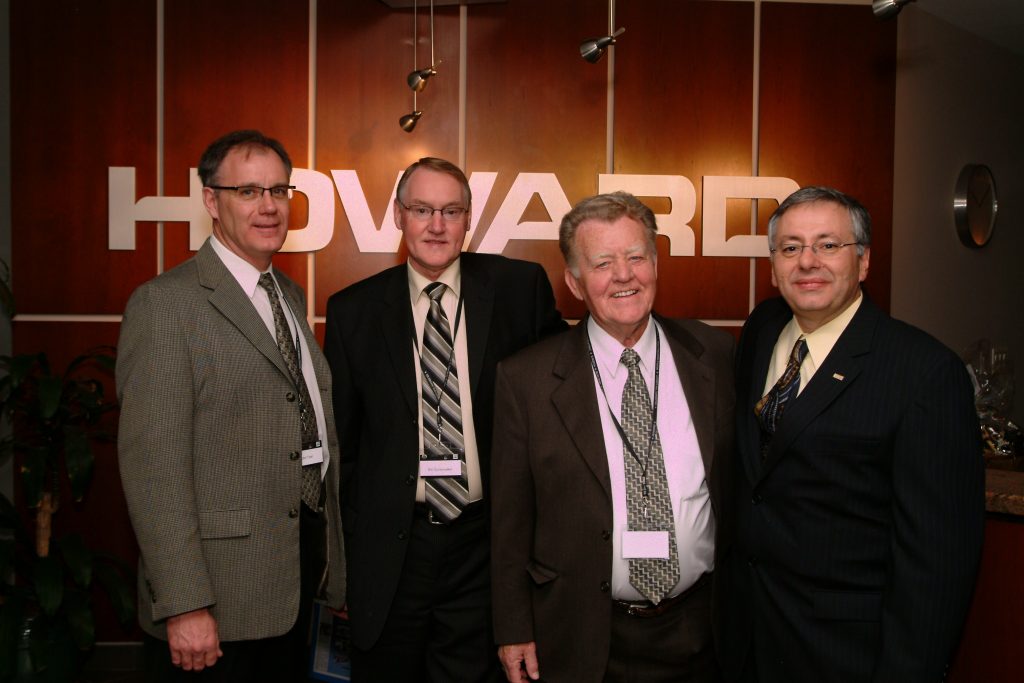 Happy the man who, like Ulysses, has made a fine voyage, and then returns, to spend the rest of his life among family – Joachim du Bellay.

Winnipeg, M.B., is often called the gateway to Canada’s west. Situated far north and west of Toronto, it takes a hardy bunch to live there year-round. The Arctic winters seem to last forever, only to be interrupted by short, hot summers when mosquitoes reign supreme. You won’t find a better class of people than Manitobans. You’ll be surprised by how many famous people grew up in towns where car tires develop flat spots from the cold. I’ve never been as cold as in Winnipeg.

Post-war migration
The Second World War left scathing wounds all over Europe, and the Netherlands was no exception. Dire conditions saw many families surviving on tulip bulbs to fend off starvation. Life wasn’t better in the western city of Enschede, as it was only a short distance from the German border. A young Gerrit (Gerry) Kuik served his apprenticeship as a printer and typesetter in that city. Kuik was also a member of the Dutch Resistance. He used his printing skills to produce anti-German propaganda. Unfortunately, the Germans caught up with the teenager. In August 1944, Kuik and two of his brothers were arrested. After weeks in solitary confinement, Kuik was released; his older brother wasn’t as lucky and ended up in a concentration camp where he died.

Premier Printing
After the war, Kuik completed his trade school courses and continued in printing until 1950 when he and his family immigrated to Carman, M.B.

Post-war Canada was a magnet for many, and thousands of Dutch families settled in Ontario and Manitoba. After taking on some back-breaking work in sugar beet fields and mink farming, Kuik found an opening in a small printshop in Carman. After 12 years, Kuik was able to open his printshop on the outskirts of Winnipeg. Thus, in 1962, Premier Printing came into existence, thanks to Kuik’s hard work. Plenty of that perseverance and determination would follow in succeeding decades.

Kuik passed away on January 2, 2021, at the age of 96. I was blessed to know him, and in extension, many in his expansive family. Kuik and his wife Johanna had seven children, 40 grandchildren, and 95 great-grandchildren. This alone is a legacy. As we go through life and bump into people along the way, few of us are fortunate to meet remarkable people like Kuik. Since the early 1980s, our business lives intertwined. I got to see firsthand how Kuik built a formidable printing operation. It was not only hard work, but also due to a guiding principle of absolute honesty and decency that permeated the whole company.

When I was busy at not being busy as a child, my father would often say, “make yourself useful”. Kuik was always useful; not just in the printshop, but also in the community and local church. Kuik was instrumental in building their church and was a constant helping hand to all members in the area. A park is named after him in recognition of some of the efforts he put into supporting his neighbors. Kuik was deeply spiritual. He used to do a lot of charity work but never sought praise or adulation because acts of grace are simply “doing God’s work”.

Pushing the envelope
In 1982, we sold a Heidelberg SORSZ to Premier. It was to be the first two-color, 40-in. in the shop. I should have been paying attention to the weather because I only had a windbreaker, and the new press sat on the floor frozen; the frost was visible. However, I sensed this shop wasn’t a typical printing place. Everyone carried out their work with a sense of purpose and in a refreshingly friendly and positive mood. Kuik’s son Ben, and nephews John and Lawrence Toet, stayed with me the whole time and extended all the help I needed. They have become good friends. Bert Kuik, Gerry’s brother, was also a joy to be around. I didn’t know then, but he was an electro/mechanical wizard who went on to build custom machines and modifications for the burgeoning Premier School Agenda business.

In 1990, I installed a Miller TP29S. After the installation, John said, “I just read the specifications in the manual and this press can run a 12,000 iph.” We were cruising at around 8,000 to 9,000 iph at that time, and I must have muttered something about manufacturer’s specs being guidelines. However, John insisted on trying. We fiddled with the feeder until he finally got his 12,000 out of the machine. This type of thinking was one of the gifts Kuik left for his family. I grew to love going to Winnipeg to just be around these extraordinary people.

In 1990, I was in Fargo North Dakota to install a press at Knight Printing. Kuik had recommended our company and also happened to be in town that cold, winter night. Since we were staying in the same hotel, Kuik invited my colleague Francis Danquah, and I to the game room for a round of ping pong. The owner of Knight Printing also joined us. Danquah was really good at the game and he trounced Kuik and Knight Printing’s owner while letting out huge belly laughs. I was not sure if it was smart to pummel two of your customers, but at the end of the game, Kuik offered everyone drinks. We all sat down to hilarious stories while emptying Kuik’s rye.

Kuik was also the driver behind the hugely successful Premier School Agenda business. These books are packed with information for school and college students. After an initial run of 300 in 1982, the business grew to a yearly total of more than 25 million books by 1989. In all the years I knew Kuik, we never had disagreement. Although things were not always smooth, I never saw him lose his composure. He is a true gentleman and an icon of the printing industry.

Bill (Wilhelm) Gortemaker
Kuik’s daughter Grietje married a newly transplanted Dutch immigrant in Ontario. After a few years, the family moved to Winnipeg where Bill (Wilhelm) Gortemaker joined his father-in-law at Premier Printing.
Schooled in administration back in the Netherlands, Gortemaker soon took on more responsibilities and began to control the purse-strings of the thriving Premier enterprise. Kuik and Gortemaker think in a similar manner. In my dealings, Gortemaker often cast himself as the ultimate “Dr. No”, but beneath that exterior was a wonderful human being. I would often joke with Gortemaker that the Dutch invented copper wire. “How so?” he would ask. “Well, it started with two Dutchmen fighting over a penny,” I’d reply. I think Gortemaker liked that joke. Sadly, he passed away in 2015.

Our firm made many sales to Premier in the 1980s and 1990s with occasional hiccups. We supplied the first Manroland 708-SW in Canada to Premier in 1998. The press arrived from Germany to our yet-to-be-finished facility. Since our equipment wasn’t installed, the cleaning had to be done by hand. When Gortemaker saw the press, it was in a million pieces sitting amongst construction debris. He looked at me straight in the eye said, “I hope it works.”

For another press sale John Toet and I travelled to London to see a Komori L628C. When the press arrived at a seemingly always frigid Winnipeg, two print units had not been fully drained of water and the freezing en-route had blown out the inkers, causing massive repairs. We had to fix it. During the entire time, Gortemaker never raised his voice. He had faith the machine would be fixed.

This isn’t a story about buying or selling printing and bindery equipment, anyone is capable of that. It’s a lesson on how doing the right thing while caring deeply about the people around you changes your perspective on what is important. My memories are not of doing business, but rather how we can be successful when we take Martin Luther King’s words to heart: “Life’s most persistent and urgent question is, what are you are doing for others?”

Both Kuik and Gortemaker touched many lives while demonstrating how devotion to good values can make a lasting impact. Premier Printing remains a success story, not only for the print industry, but also for people everywhere. In Winnipeg, Kuik and Gortemaker’s legacy now rests with Will, Dave, and Ted Gortemaker, three capable scions. As one would expect, they are limbs of the mighty oak that is Kuik.

An edited version of the article originally appeared in the June 2021 issue of PrintAction.