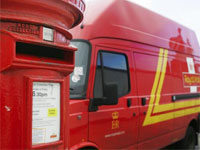 After talks broke down between Royal Mail employees and management, 42,000 mail centre workers have walked off the job in the U.K., in one of two planned 24-hour walkouts.

The next walkout, planned for Friday, will involve 78,000 delivery and collection staff.

Royal Mail will remain open, using managerial and contract workers to keep mail moving at reduced service. Special Delivery and Royal Mail Tracked pieces will be prioritized, but will also be slowed.

The workers are threatening an escalation of mail service by striking three days next week if demands are not met. The Communication Workers Union (CWU) is complaining about worsening job conditions and job losses due to Royal Mail modernization.

UK Mail workers last went on strike in June of 2007 over pension plans and caused major disruptions through rolling job stoppages. According to the government, almost one million working days have been lost due to industrial action at Royal Mail since 2000.

Royal Mail says the cutbacks are necessary: “Mail volumes are down by around 10 percent year on year as competition from email and the web accelerates, with every one percent decline costing Royal Mail around £70 million in lost revenues.”