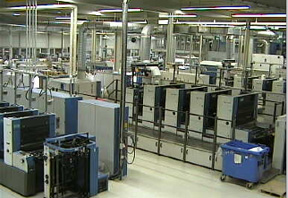 unitedprint.com SE, with client-facing Websites active in 19 European countries, announced yesterday that it is entering the Canadian printing market through its print24 brand and a partnership with a Calgary company.

Based in the United Kingdom, unitedprint.com has more than 400 employees, working through 24-hour shifts, within a print production area of around 10,000 square metres (see link below to view a live cam of the company’s production floor).

In addition to its Calgary printing partnership, the company has established another print24 partnership with a company in Seattle to help it cover the North American market, which until now has been clearly dominated by VistaPrint and its Windsor, Ontario, production facility.