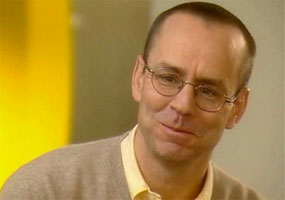 The Netherlands-based parent company of Vistaprint has changed its name to Cimpress N.V. In conjunction with the rebrand, Cimpress plans to invest hundreds of millions of dollars over the next five years to build what it calls a shared mass customization platform.

The Cimpress mass customization platform (MCP), combining proprietary software and production technology, will aggregate the printing infrastructure of the Cimpress portfolio of brands. It will also bring the company’s growing portfolio of purchased assets under the same fold, including well-known Web-to-print names like Vistaprint, Drukwerkdeal, AlbelliOpens and Pixartprinting.

The company states the MCP will increase its ability to mass customize personalized and unique physical products in small quantities at an affordable price.

“We have a two decade history during which we have started a major market transformation, yet the next 20 years promise to be even more exciting,” said Robert Keane, President and CEO, Cimpress. “Businesses and consumers are still too often forced to choose between the ease and flexibility of digital communications and a more enduring tangible connection with their audience. We are changing that…”

Founded as Vistaprint by Keane in January 1995, Cimpress and its subsidiaries have focused on redefining the online purchase of printed apparel, marketing products and photo merchandise. The company states its foundation is based on the belief that software and production technology can be harnessed to aggregate enormous numbers of small orders into a high-volume production flow. Cimpress today employs over 400 software and manufacturing engineers and more than 5,300 total employees in 16 countries.

Cimpress claims that every year since 1999 it has invested at least 10 percent of its revenues into technology and development, including $176 million in its last fiscal year. Over the past decade, the company states it has invested over $1.3 billion in technology, development and capital investments.

The company also announced that it has named Don Nelson as COO for Cimpress. In this role, Nelson will be directly responsible for building and advancing the mass customization platform.

“The future of mass customization is very promising for those companies that can combine world class capabilities in software and manufacturing,” stated Nelson. “The key is to have massive scale, yet produce in small quantities. The old paradigm of job-shop production of orders one at a time simply is not able to compete with technology-driven mass customization.”