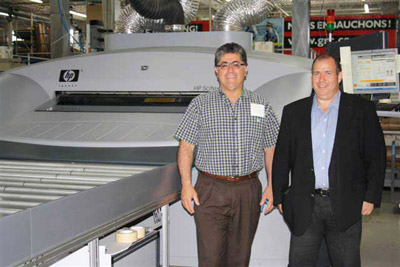 “For small-run posters and multiple visuals, the HP Scitex TJ8600 Industrial Press has been great, offering us manageable workflow as well as the ability to cater to customers who require smaller, intricate print jobs,” stated Michel Moatti, co-owner of Vivimar.

The HP Scitex TJ8600 reaches a maximum speed of 480 m² per hour at 600-dpi resolution, while also allowing for matte or gloss finishes. The six-colour machine employs 25 print heads – 25 each for cyan, magenta, yellow, black, light cyan and light magenta.