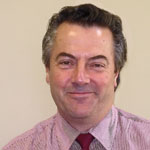 “We are pleased to work closely with Webcom and add a key piece of
equipment to its revolutionary new BookFWD program,” said Karl Belafi
Jr., VP of Sales and Marketing at KBR Graphics. “The new Standard
Horizon StitchLiner 6000 is a perfect complement to the entire digital
printing capabilities.”

First announced in October 2010, the print production portion of BookFWD focuses on an HP T300 Inkjet Web Press and a new HP Indigo 7000 (for producing covers), while the program’s finishing capabilities now include the Stitchliner 6000, a FlexBook from Magnum Manufacturing, and Muller Martini’s Acoro and Bolero finishing lines.

“The common theme across each piece of equipment is revolutionary technology that integrates the workflow for a highly streamlined and automated process,” stated Mike Collinge, President of Webcom. “This powerful combination is remarkable for its efficiency and its overall technological advancement of the printing industry.”

The StitchLiner 6000, purchased by Webcom, was first introduced in 2010.
The saddle-stitching machine is described as having the ability to
produce up to 6,000 booklets per hour – or inline cover feeding and
booklet production at up to 600 feet per minute.