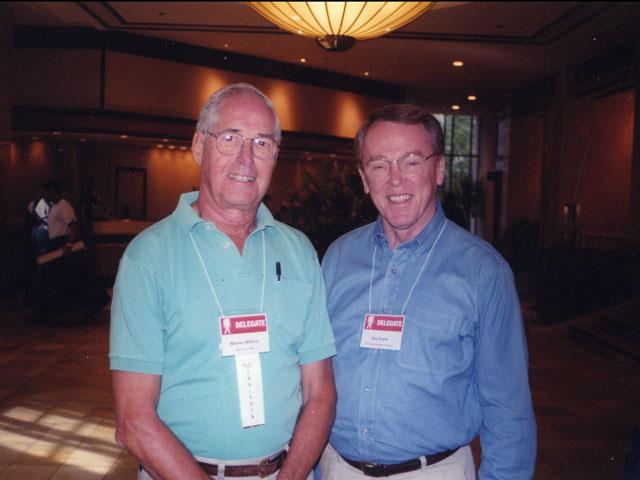 Warren Wilkins, who in 1975 founded Webcom Limited, passed away on November 3, 2016, at the age of 88. Wilkins was one of the most instrumental leaders of Canadian printing from the 1980s to the 2000s, active in both domestic and international industry associations, while also helping to lead the development of printing education in Canada.

Wilkins graduated with Honours in Political Science and Economics from the University of Toronto in 1951. In 1961, he formed Web Offset Publications (WOP) Limited with Bob Chittick and purchased a Goss Suburban Web Offset Press. The company became a pioneer in the web offset process in the mid-60s after installing a Photons computerized photo typesetting system in conjunction with an IBM 2230.

Wilkins served on the Board of the Ontario Printing Industries Association and, in 1989, was elected Chairman of the Government Affairs Committee of the Canadian Printing Industries Association (CPIA). In 1991, he became Chairman of the CPIA and in 1992 joined the Board of PIA representing the CPIA. In 2000, he assumed the Chairmanship of PIA. Wilkins was also the founding President of the Canadian Book Manufacturing Association in the late 1970s. He was the first recipient of the CPIA Honorary Lifetime Membership introduced in 2004.

Based in Markham, Ontario, Webcom Inc. today continues as one of North America’s leading book manufacturers working with global and independent publishers. The company employs more than 180 people and a range of cutting-edge technology, including client-facing software, inkjet web presses and associated bindery equipment. Webcom has an annual manufacturing capacity of more than 3.2 billion pages.