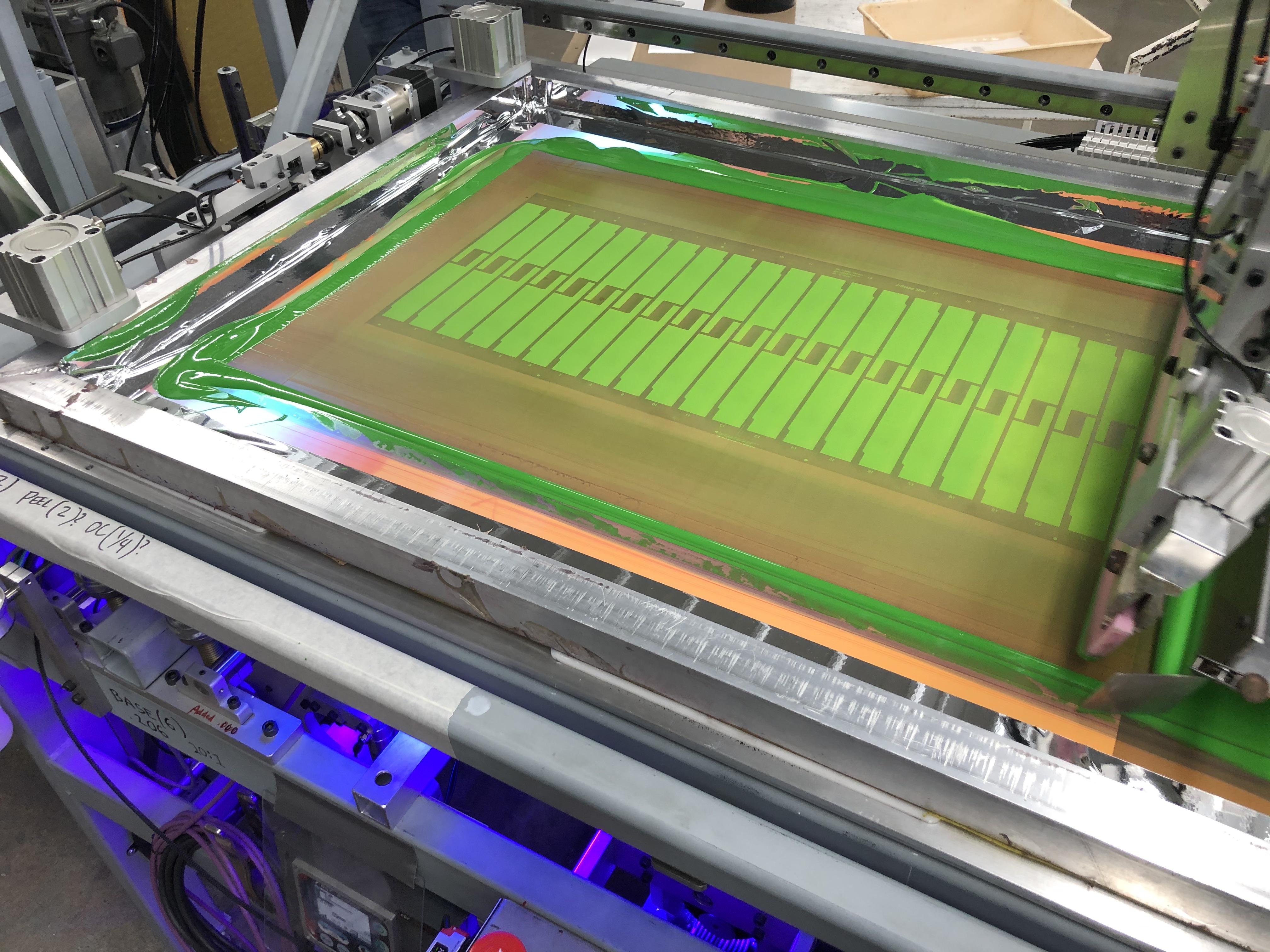 The benefits of adopting UV-LED technology for ink curing are far-ranging for screen printing companies. UV-LED ink curing technology provides a sustainable and environmentally friendly method of screen printing that cuts costs and protects employees. While many printers have adopted UV inks, they have been reluctant to adopt LED curing technology due to several challenges. These include a lack of readily available products from lamp manufacturers and the heavy upfront costs involved in either purchasing new machines or retrofitting old machines.

Screen printers, however, should overcome this reluctance and invest in LED exposure units, as UV-LED technology is ultimately better for their business, employees, and the planet than legacy ink curing methods such as UV curing with mercury bulbs. Not only is the ROI ultimately advantageous for screen printing businesses from a cost perspective, but it also helps companies mitigate health risks and meet consumer demand for sustainable, environmentally friendly processes.

Screen printers consume the most energy when powering mercury bulbs and cooling systems for their printing press. Mercury lamps produce high temperatures by emitting infrared energy. This heat can damage lamp housing and substrates if it is not managed properly, requiring significant effort and expenditures on behalf of screen printers.

Shifting to LED-based technology for UV curing results in a 98 per cent more energy-efficient process. The LED lamps do not need substantial power input, as they can be plugged into standard wall outlets. In stark contrast to mercury bulbs, LED lamps also emit little to no heat, requiring significantly less elaborate cooling systems than mercury-based technology.

Mercury lamps remain on throughout the production day because heating these systems up and cooling them down takes time. There is no need, however, for LED lamps to remain running while not in use, as they instantly switch on and off. Unlike mercury lamps, LED lamps do not emit ozone, so screen printers further reduce energy consumption by cutting out the ventilation systems needed to filter out ozone.

In addition to cutting energy costs, shifting to sustainable screen printing processes will help companies meet evolving consumer demands. Consumers today often seek out products that are built with sustainable materials and processes. This is evidenced by a recent study by the IBM Institute for Business Value, which found three out of five consumers report that at least half of their recent purchases include sustainable products.

Another motivation for screen printing companies to adopt an LED-based curing process is the fact that it is more environmentally friendly than a mercury-based approach. Several factors establish using LED lamps as a more environmentally friendly approach to ink curing than mercury lamps. Significantly, the overall reduction in energy consumption that results from adopting an LED-based curing process reduces the harmful emissions caused by many energy production processes.

In addition to eliminating the emission of pollutants such as volatile organic compounds, LED lamps do not need to be replaced as often as mercury lamps. Mercury lamps can be used between 1,000 and 2,000 hours and have to be kept turned on throughout the working day, such that they typically have to be replaced once every eight to 12 months. In contrast, LED lights, with their ability to quickly be shut off when not in use, can typically last over a decade without having to be replaced. Ultimately, this longer lifespan reduces the amount of waste caused as a byproduct of the ink curing process.

Many screen printing companies may be reluctant to adopt UV-LED curing technology due to the upfront costs. However, when viewed holistically, investing in UV-LED curing technology will cut costs over time. This is due to the reduced spending on energy, the elimination of common regulatory costs involved in the use and disposal of mercury lamps, and significant savings in maintenance costs.

It will only take three years for the investment in LED lamps to pay itself back in full: a study by Specialist Printing Worldwide found that, while the cost to retro-fit LED lamps can be up to USD535,000, shifting to LED lamps will save companies around USD187,000 a year. Here, a major area where costs are cut is energy savings. For example, Empire Screening spends approximately USD650 on energy to power its LED lamps. In comparison, most similar-sized companies will spend up to USD35,000 per year to power mercury lamps.

LED technology has improved over the years, leading to increases in the output of UV-LED curing lamps. LED lamps can now output UV energy at the 395-nanometer wavelength and at 12- to 16-watt intensities. These options offer faster production speeds than the lower-watt lamps of years past, cutting costs by allowing more products to be manufactured more quickly.

One of the biggest motivations for screen printing companies to switch to an LED-based curing process is to create a healthier work environment and protect workers. A mercury-based curing process, if not well-ventilated, releases irritants into the workplace that can cause respiratory issues for workers. LED lamps, by contrast, eliminate ozone and generate minimal heat, removing the need for HVACs, and allowing for air to be recycled without presenting hazards to employees.

Screen printing companies looking to cut energy consumption and costs while protecting their employees and the environment will find an ideal solution in UV-LED curing technology.