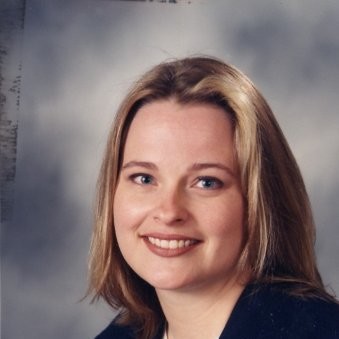 These days, it is not uncommon to see women in management or C-suite positions in the print industry, but that hasn’t always been the case. In honour of International Women’s Day, March 8, we’re placing a spotlight on two women who have both spent over two decades in print to discuss how they came to join this industry and their experiences moving up the corporate ladder.

Industry introduction
Tracey Preston, president of the Ontario Printing and Imaging Association (OPIA), came to the industry by chance as a government lobbyist for the construction and other (often male-dominant) industries. But as luck would have it, she had her own personal connection to print, as her father was a printer, and her grandfather worked at a paper company for over 40 years.

As president of the OPIA, Preston serves the board of directors and the membership to help reach the OPIA’s goals as an industry association, including government affairs work at all three levels to ensure that the voice of the industry is heard.

On the flip side, April Burke, vice president of operations at Bellwyck, got her start in the industry through Ryerson’s Graphic Communications Management program, when the school was still classified as a polytechnic institute. After a highly successful internship at McLaren Morris and Todd Limited (MM&T), which led to her spending 18 years at the company in progressively more advanced and high-profile roles, and then positions at Lowe-Martin and now Bellwyck, Burke knows a lot about printing. 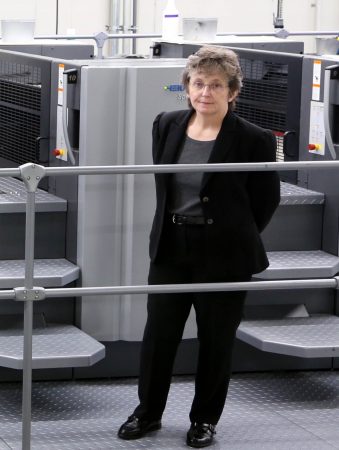 As the company’s vice-president of operations, Burke leads the team on a daily basis, and is responsible for multiple sites. She helps develop talent, reviews financial results and operating metrics and more. Burke is very passionate about packaging and the creativity that it affords those in this field.

“I’ve always liked the manufacturing side, because it’s where I feel that I’m the most confident in the sense that its hands-on. I’m not a desk person,” she says. “What I like about packaging the most is you create something in someone’s vision, and then it becomes a structure, and then it becomes a functional piece. It attaches to tactile sensitivities along the way.”

Female representation
Preston came to print from the construction lobby, which didn’t have any other female representation, so joining the print industry seemed a lot more balanced to her, even though it still had a lot of work to do in that regard. However, Preston noticed that at the time, there were three other women managing provincial associations here in Canada, and in the U.S., the split was more even, close to 50/50.

“There are women now in executive functions of this industry that are very elevated, and I don’t think it’s as shocking as it was, I don’t know how many years ago,” she says. “Certainly, when I came [to the OPIA] 20 years ago, there were women in predominant places and printing companies that it really wasn’t as foreign as we would have thought.”

For Burke, starting at her internship at MM&T, there wasn’t a whole lot of female representation, but she never felt that fact held her back.

“It didn’t really matter that I was a female and that it was a union shop,” she says. “Most of the plant was male-dominant, but over time, we had some female operators come into the plant as well.”

However, Burke acknowledges that her experience can be out of the ordinary, compared to what is experienced by many others.

“I never really had any [of the same issues] compared to some of my female counterparts, who have had some more challenges. I’ve been really fortunate to be with some great companies; it has really never been an issue for me,” says Burke. “I do see challenges in the industry, and I’ve talked to people who have had challenges because they are female, or they’re young. I think sometimes it’s hard to create inclusivity in organizations, and not every company can do it well. I’ve just been afforded the opportunity to pick the right ones.”

Preston agrees, noting: “If we can explain the opportunities that are better in print and the kind of work that it is, I think more young people, including young women, would be interested.”

However, Preston adds that gender aside, it’s really a specific type of person that is needed for print. “I look at the contributions of all of the people that I have met over the past two decades in the printing industry, and I can’t help but be impressed by the men and women that I have met who contribute to this industry and reinvent themselves daily,” says Preston. “It really isn’t about gender. It’s about a kind of person; someone that is innovative and creative and entrepreneurial and very high-tech and really goes above all else to try to meet the needs of their clients. And I think that’s an impressive type of person.”

What’s next for a beloved industry
Looking ahead, Preston believes change is inevitable as society recovers from the past year. “I think after COVID, we’ll see a metamorphosis of how [printers] have decided that they are still necessary for their clients. They will reinvent themselves again in a new way, because that’s what they do. They’re very resilient,” she says. “The best part about the printing industry is the way it reinvents itself. I like the entrepreneurial mindset that it has in order to survive, and to be agile. It has undergone so many changes that have affected the face of the industry, and it still finds a way to succeed.”

As for making sure more women achieve their goals in this industry, Burke suggests encouragement. “We have to continue to encourage women to know that they can do it. We just have to make sure that women have the courage to recognize that they have the confidence and the ability to compete with their male counterparts,” she says. “There used to be a pathway for females and what you could do and what you should be doing. I think it comes down to us as leadership, as mentors, to encourage people to follow the light and know that they can be successful.”

This article was originally published in the March 2021 issue of PrintAction.