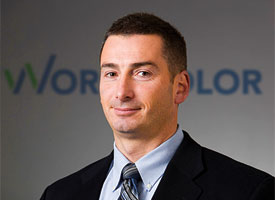 “This consolidation will allow us to provide our Ontario-based customers the same scope and quality of services in one multi-purpose facility,” stated Regis Rehel, President Worldcolor Canada, in a press release. “This consolidation is the result of careful analysis and planning that will allow us to reduce our cost structure while improving service to our customers.”

The company stated that its Toronto-area production facilities and sales offices will be located at its Aurora, Ontario, plant, which rests on the outside of the city’s core. As part of this move, operations conducted at Worldcolor’s Richmond Hill facility will be transferred to the Aurora plant.

The company continued to explain that Worldcolor’s Aurora facility will produce magazines, catalogues, retail inserts and inline direct mail products for Canadian publishers and retailers. The consolidation of the Toronto area operations will result in the reduction of approximately 200 employee positions, while approximately 50 new positions will be created at the Aurora facility. The consolidation is expected to be completed by the end of March, 2010.