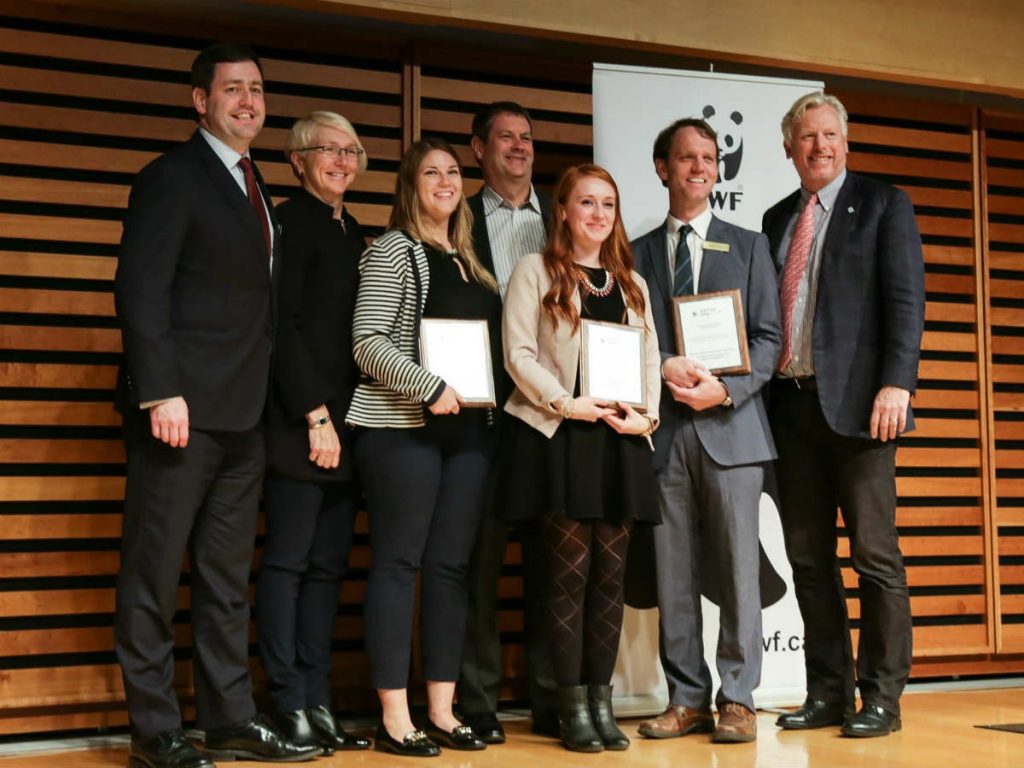 Stewart was recognized for organizing a Great Canadian Shoreline Cleanup event, leading The Printing House’s Smart Office Challenge, and inspiring 10 of her colleagues to join her for WWF-Canada’s CN Tower Climb for Nature. Stewart currently serves as a Business Development Associate with The Printing House, where she began to work in mid-2015, during her pursuit of a degree from Ryerson’s Graphic Communications Management program.

“WWF-Canada is pleased to recognize the exceptional efforts of these conservation champions, who are on the frontlines helping to bring sustainability to life in their workplaces for the good of business and the planet,” said David Miller, President and CEO of WWF-Canada.

The awards were announced at WWF-Canada’s recent 2016 annual public meeting. Across the country, more than 1,400 Living Planet @ Work (LP@W) champions found ways to engage their colleagues to take environmental action and raise funds for conservation work. These WWF-Canada awards acknowledge the accomplishments of its top champions, including Stewart, who went above and beyond to make sustainability a priority.

WWF-Canada’s other top champions included OLG for its Excellence in Environmental Employee Engagement program. OLG received the award for implementation of its Green Leadership Certificate program. Through online modules focused on sustainability in the workplace, the initiative empowers employees to make an bigger eco-impact and engage colleagues in environmental actions, positioning sustainability as a core aspect of leadership.