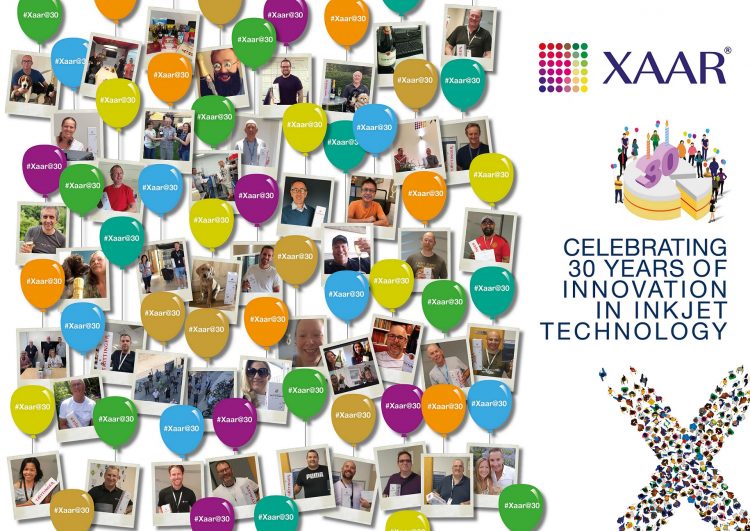 Inkjet innovator Xaar is celebrating its 30th birthday this year. Based at Cambridge Science Park, Xaar was founded in 1990 by four people, including Mike Willis and Mark Shepherd. The goal was to commercialize the work done at Cambridge Consultants by Steve Temple and David Paton, the inventors of the company’s Drop-on-Demand technology.

The company signed its first commercial agreement in 1991 with Brother Industries; by 1992, Xaar had already surpassed 1 million pounds in sales from license fees, the sale of evaluation kits and technical consultancy.

Along with licensing its technology, Xaar’s success was based on the development and manufacture of inkjet printheads. Its early product range helped the growth of the digital graphics and the coding and marking industries.

Investment in R&D has always been important to Xaar’s progress as an independent business and now represents around 11 per cent of the company’s business revenue. Over its 30-year history, Xaar has filed over 2,000 patent applications.

“30 years is a significant milestone for any business, and we were all extremely keen to mark the occasion and celebrate our accomplishments as a team – despite many of us still working in separate locations,” said John Mills, CEO of Xaar. To that end, the company sent champagne to all employees so everyone would be able to toast to the company’s three decades.