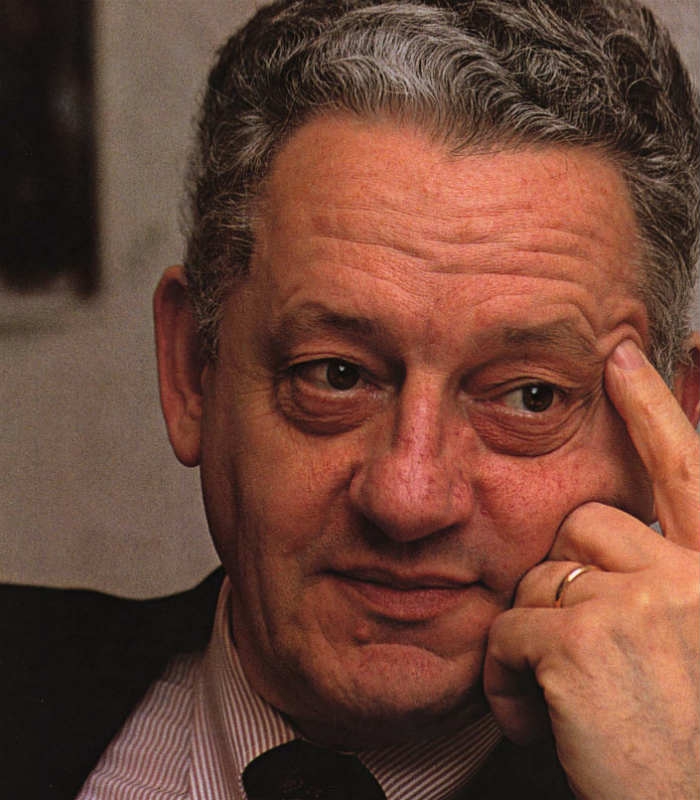 Lucien De Schamphelaere, the founder of Xeikon, one of the printing world’s most innovative technology companies over the past two decades, passed away on January 20 at the age of 85. Xeikon was purchased by Flint Group in mid-2015.

After a 40-year career with Agfa-Gevaert, where he was instrumental in forming the company’s Electronic Imaging System Department, De Schamphelaere wanted a new challenge. So, in August 1988 he established the limited liability company, Ellith NV, which started with just five employees. That name would soon be changed into Xeikon NV, the composition of the Greek words xeros (dry) and eikon (image)

Five years later, at Ipex 1993, the company unveiled its prototype of the DCP-1. The digital colour press provided the basis for the company’s full-scale product line. In November 1994, the company introduced its Variable Data System, which allowed single-pass personalizing of individual pages.

Xeikon went public in March 1996 by listing on the NASDAQ stock exchange. It was only the second Flemish company to do so. Less than six months later it launched the Xeikon DCP/32D digital colour press. The introduction of the Xeikon second generation helped net profits to reach more than US$1.8 million.

In 1997, Xeikon introduced the DCP/50D, which the company describes as the first digital colour press capable of printing B2. Now with 340 employees, the company also moved to new, larger, premises in Antwerp.

Year 1998 saw the sale of its 1,000th digital colour press and a fifth colour unit was introduced to its presses, as well as an opaque white toner. The same year De Schamphelaere went on to found Triakon NV, a digital printing company specializing in point-of-sale.

Xeikon went on to be acquired by Flint Group on 2015. It also launched the Xeikon CX3 digital label press and the Xeikon 9800 dry toner digital colour press. A year later it introduced Trillium One.

“We were so saddened to hear the news of Lucien’s death,” said Wim Maes, Xeikon CEO. “He had an amazing passion for digital printing and unstoppable drive that lead him to achieve such an incredible amount in his lifetime. His dedication and pioneering approach remains a key cornerstone of Xeikon today.”

Lucien De Schamphelaere was born on April 3rd, 1931 in Gijzenzele, Belgium. He graduated in 1952 as an engineer in electronics and started working that same year for the N.V. Gevaert Photo-Products physics lab. In 1958, he transferred to instrumentation, a young department that had been created to automate machines and workflows at Gevaert. The department changed a lot during the fourteen years De Schamphelaere spent at its head. It grew from a small group of employees to a department of about 100 employees, and at the beginning of the seventies, Agfa-Gevaert was far ahead in automation.

In the seventies, De Schamphelaere became more and more convinced that traditional photochemistry would irreversibly be replaced by electronic imaging, and he quietly started working on an electronical printing machine with a group of close associates. In 1979, he started a new department, “Electronical Imaging Systems”, with the support of former company executives André Leysen and Etienne De Wolf. Only 3 years later, the small team could present the P400, its first digital black and white printing press, at the Hannover trade show.

In 1988, De Schamphelaere was awarded the Otto-Bayer Medal, the first in a series of international prizes he would receive over the years for his contribution to digital imaging.

The continuous search for new challenges was a constant in his career. “Once a project gets rolling, I tend to lose interest. I’m happiest at the start of it, when I can develop what doesn’t yet exist”, he said in an interview with newspaper “De Tijd”.

From 1986, as president of Agfa’s Venture Capital Fund, he was given the time to look for the most promising applications in digital imaging. By 1988, he had a blueprint ready for what would later become “Xeikon”.

For this new project, a limited liability company named “Ellith NV” was established in 1988. That name was shortly after changed into “Xeikon NV”, the composition of the Greek words “xeros” (dry) and “eikon” (image). Agfa took a minority participation in this company, the rest of the equity was brought in by six additional investors.

By the summer of 1993, the time was ripe and Xeikon introduced the DCP-1, a digital colour printing press that could print without an ink sheet. The renowned magazine Seybold called it a “new standard for the colour printing market. The impact of the DCP-1 on colour printing is probably as big as the impact Apple LaserWriter had on black and white printing”.

In 1996, Xeikon got listed on the NASDAQ Stock Market, it was the second Belgian company to ever take such a step. At the age of 67, De Schamphelaere retired from his position as Chief Executive Officer and in 1998, he left the presidency of Xeikon.

In 1999, De Schamphelaere established Triakon, a printing centre used to further develop digital color printing. All these years, he was a member of the Boards of Directors of Imec, Option, Melexis, Materialise and Hydrogen Systems.

De Schamphelaere received multiple distinctions for his pioneering work in the graphics industry, including the GATF-award, the IS&T Award and the prestigious Cary Award (1997).