Just five years after hitting the 1,000-patent milestone, the Xerox Research Centre of Canada (XRCC) has been awarded its 1,500th patent from the United States Patent and Trademark Office. 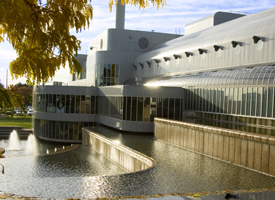 XRCC is one of four research and technology centres that Xerox operates in the United States, Canada, and Europe. The majority of XRCC patents are for inventing cover materials and processes for toners, inks, photoreceptors, fusers and specialty media, which have been commercialized in key Xerox products for more than three decades.

Under the leadership of Hadi Mahabadi, VP and Director of XRCC, the 120 scientists at the Mississauga-based research centre registered 140 patents in 2010, which represents an increase from the 111 patents assigned in 2009 and nearly double the yearly average over the previous years.

“Reaching our 1,500th patent is an excellent indication of the passion and proficiency with which our researchers work,” said Mahabadi. “This milestone signifies not only the growth and advancement of the research centre, but also the creative and inventive spirit that characterize our diverse staff of scientists.”

XRCC’s 1,500th patent (U.S. Patent 7,875,411) is part of a portfolio covering long-life photoreceptor technologies. More specifically, this patent is responsible for developing the armour technology that, according to Xerox, nearly doubles the life of photoreceptors – multi-layer thin film devices that convert light into electrostatic images.

“This technology has enabled a 30 percent reduction in waste, less down time and disruption to workflow, improved productivity, and fewer service calls,” says Yonn Rasmussen, vice president of the Xerographic Component Systems Group.